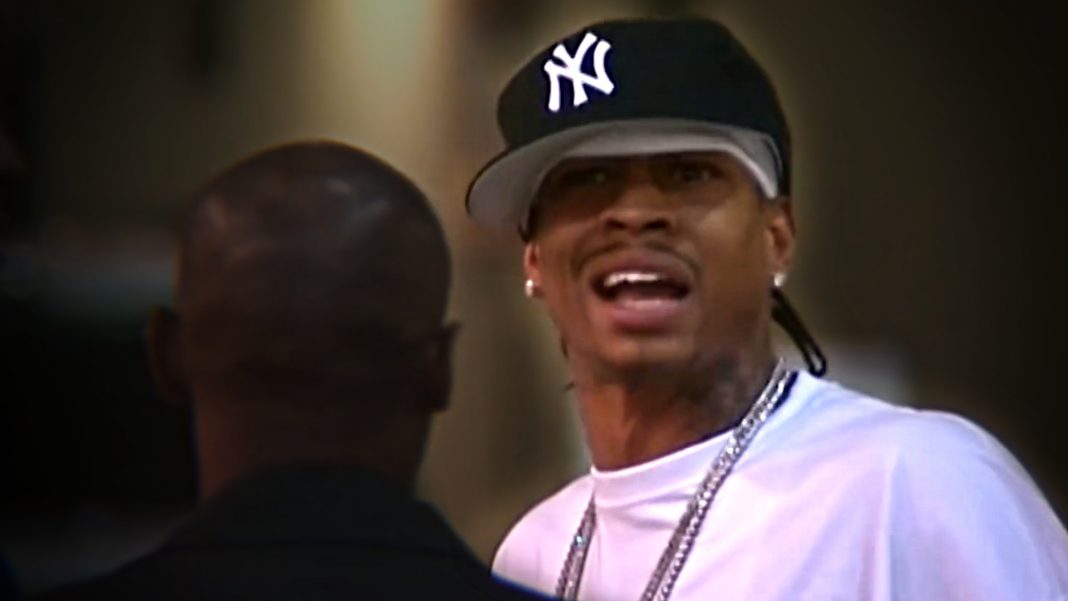 In one of those Punk’d episodes, Allen Iverson and NFL star Terrell Owens had been “punked.” And do you really remember the “Punk’d”? When the actor Ashton Kutcher fooled the unsuspecting athletes for the MTV show in which he set up elaborate practical jokes on celebrities. AI, in his heyday, used to have outlandish birthday parties with his “hundreds of his closest friends,” including Jay-Z. With the help of NBA All-Star Jermaine O’Neal, Iverson got booted at his own party.

Shout-out to Timeless Sports for sharing this classic:

Iverson’s punking happened at his birthday party at Hollywood club, where he had this insane 800 people party. The gag centered around AI being unable to get into his own party, while folks such as Todd Bridges could walk right in. It was his 30th birthday, and he was enormously popular. His jersey was the league’s top seller, and Reebok gave Iverson a lifetime extension of his 10-year, $50 million endorsement contract.