Home NBA Bill Russell Reminds Kendrick Perkins Who is the Most Athletic Player in... 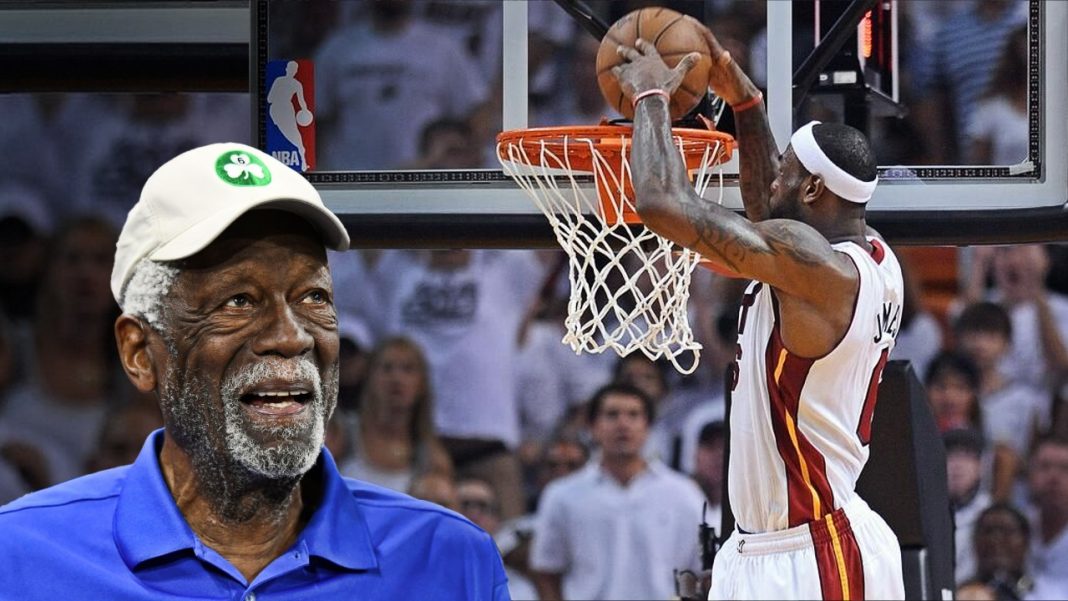 Since he joined ESPN Network as an NBA analyst, Kendrick Perkins rants and raves a lot. Perk becoming a star in the TV business with his raw style of rhetoric, and who’d have thought that a country boy from football country would end up being a TV personality? “I kind of planned to go into coaching, but it didn’t work out as I wanted. So I started doing this, and you could say it has stuck. I didn’t see it coming, man, but I love it.” Perkins said about his career plan.

Recently, he shared a LeBron James (jumping over the rim for a rebound) image and tweeted, “Most Athletic Player in NBA History!!!” and most of the casual basketball fans are thinking the same way, but legendary Bill Russell jumped in to change Perk’s mind, “In 56 I could have made the Olympics in the high jump but turned it down to play basketball instead we could only play one sport then. Track and Field News ranked me #7 high jumper in the world. I was ranked #2 in the US at the time.”