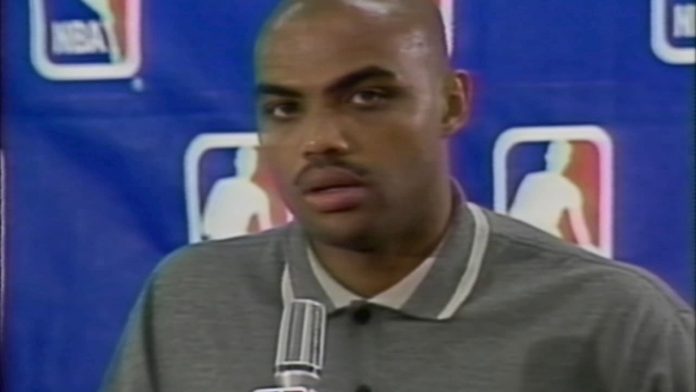 The new generation portraits Charles Barkley as the funny, entertaining sports personality who appears on TNT’s Inside The NBA. But they don’t know the times he was the loudest and the best player in the league (1992/1993 MVP) or Olympic gold medalist as a Dream Teamer.

How good was he? Could he match up against today’s stars? Absolutely. Barkley always considers his prime as 1989/1990—the season he lost league MVP award to Magic Johnson by only one vote—but his best stretch started with Summer Olympics in Barcelona, and ended up carrying Phoenix Suns to the 1993 NBA Finals as the league MVP over prime Michael Jordan.

When Charles Barkley joined Suns, team president Jerry Colangelo informed him that every seat was sold for the entire 1992/1993 season. The only reason Colangelo signed Barkley was “WIN” and Sir Charles made good on his promise.

Charles finished season 5th in scoring (25.6) and 6th in rebounding (12.2). It was his eighth consecutive 20-point, 10-rebound season in nine years. However, Suns improved 53 wins in 1991/1992 to a league-leading 62 wins. The excitement he created in his team and the league-wide were unseen.

He was the most deserving MVP over Olajuwon and Jordan. Barkley received 59 of 98 votes from a nationwide panel of reporters and 835 points total to easily surpass Hakeem Olajuwon (22 first-place votes, 647 points) and Michael Jordan (13 first-place votes, 565 points).

Sir Charles’ transformation of Phoenix was more dramatic and meaningful than Jordan, Ewing, and Olajuwon who had grown up on their teams. Barkley was joined Suns after eight controversial seasons in Philadelphia, and immediately changed the team’s personality.

“I can’t explain the last year of my life. Nobody gets it this good. I go from the Dream Team to the best regular-season record, to the NBA Finals, to MVP. Nobody experienced what I’ve been experienced before. It’s definitely been an incredible year. If you check my statistics, they’re about the same as they’ve been for the past eight years, so it must be my teammates who made us win. This award should go to them. I was just disappointed I wasn’t on a better team sooner. I should have gotten traded sooner.”

It capped a “Dream Year” that actually began with the Olympics. Shortly after he was traded to Suns from 76ers in June for Jeff Hornacek, Tim Perry and Andrew Lang. Barkley was the third player to win MVP a year after a trade, joining Kareem Abdul-Jabbar in 1976 after his trade from Milwaukee Bucks to Los Angeles Lakers, and Moses Malone who won in 1982/1983 after being traded to 76ers from Houston Rockets.

It all happened in 10 months.