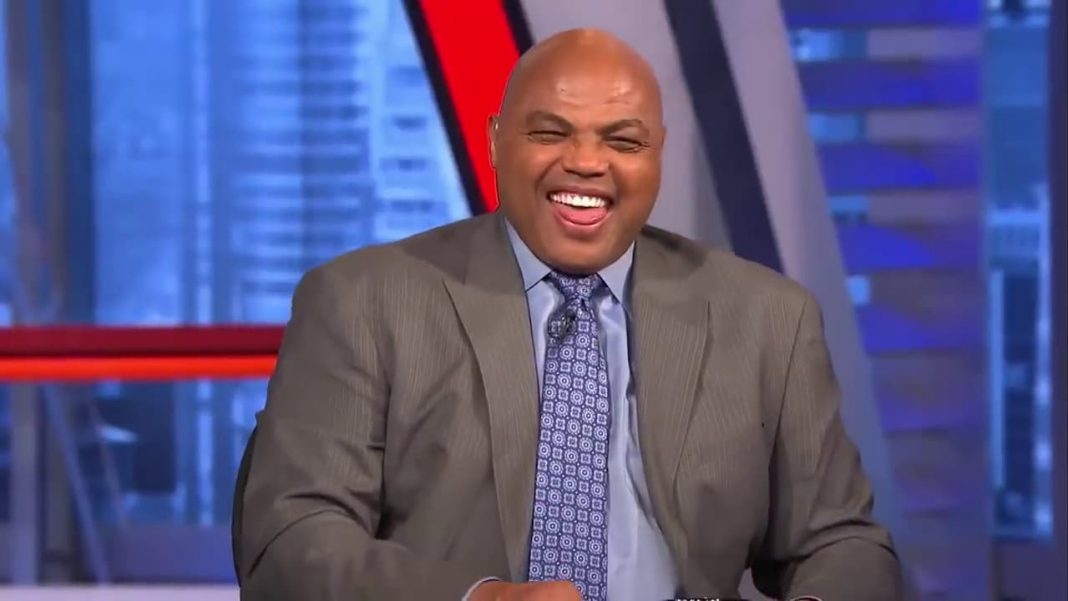 The time Draymond Green babbled ‘no-rings can’t sit at this table’ at Barkley, he should also know that Chuckster was timing up his punch straight through at his chin. However, this time Barkley came back at Green with a hilarious radio guy analogy. His full quote from the Dan Patrick show:

“He’s like the guy in a boy band who’s the least important member. And he think like the crowd was cheered for him. He doesn’t realize that he’s next to Justin Timberlake. Yeah, he’s the least famous person in the boy band. And he thinks he’s the star. He’s like in a boy band, who’s lucky to be in a boy band, and he think like all the girls are screaming for him. And no, they’re screaming for Justin Timberlake, you just in the band. In the joy to be in the band. Because you never gonna’ have any hit singles. But he’s a nice guy. I like messing with him. But first of all, he doesn’t have a face for TV. He has a face for radio.”

When it comes to ‘Art of The NBA Trash-Talk’ – we all know that who’s the best – Charles Barkley never waits and takes all in. He always has the best jokes and the funniest lines at the end of the trash-talking contest.

Barkley had his shots fired at Draymond who had some harsh comments about him on March 6th. Green threatened Sir Charles to take his Inside The NBA job:

“Charles Barkley should stop before I take his job. Because I can do that well, too. He also can’t talk basketball with me either. Not smart enough, not qualified. No rings, can’t sit at this table.”

Looks like the beef will continue. The things went this far after Sir Charles made ‘triple-single’ jokes about Draymond Green’s post-game numbers. Then Draymond was out of control, he thought that Barkley couldn’t talk about his game because he was not an NBA champ. Now Barkley with the hook, a comedian level ‘boy-band & Justin Timberlake’ analogy.