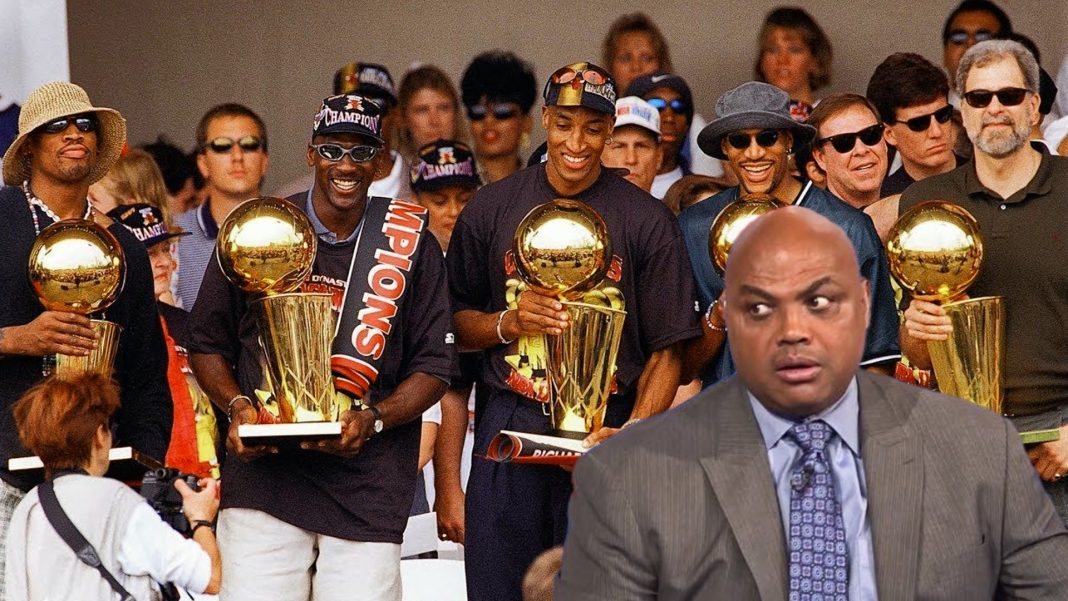 Sir Charles has a take on the Chicago Bulls’ success in the 1990s and how they kept winning championships with all melodrama – free agency vagaries, utter and complete stupidity of front office, Michael Jordan being tough on his teammates – around the team. Bulls team was surprisingly dismantled in eight months after a three-peat. Barkley, who watched the Last Dance documentary, joined Ros Gold-Onwude on ESPN to reminisce the era of Bulls Dominance.

“When you play sports, there are unwritten rules like, ‘What Happens In Locker Room, Stays In Locker Room,’ you see why. If you think about a common-sense standpoint, that team [Bulls] won six championships, and they hated each other. Can you imagine how bad it is for the other teams? Players didn’t get along, they hated the general manager, the coach, and the general manager hated each other, and they won six championships. That’s why we keep stuff in the locker room, that’s why we don’t these documentaries, because fans think, ‘You guys have lotta money, everybody gets along, it’s caviar and roses.’ I’m like, ‘Yeah if you want to know, the stuff went on.'”

Barkley also not a fan of flashbacks and hesitant of talking about the past: “Listen, if something bothers me for 30 years, I got some issues.”

“I think it is just silly that we got a bunch of 60-year-old guys arguing on the set about something happened 30 years ago. [Moments] It probably affected me for a couple of years, for sure. Losing to Bulls in finals, losing to Rockets in two 7-game series, those hurt, but they were in the ’90s.”