Home NBA Dwight Howard Says Kobe Bryant Was Going to Help Him in the... 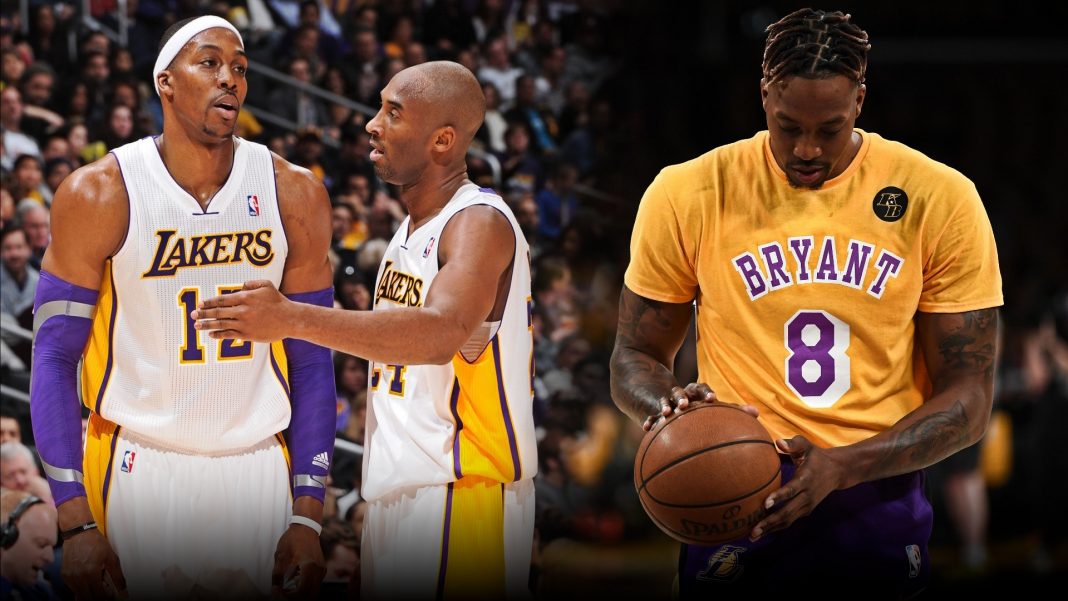 Dwight Howard is in extreme pain over the passing of Kobe Bryant, and his lovely daughter, 13-year-old Gianna Maria Bryant. Earlier this season, Howard claimed that he dedicated his 2nd Lakers stint to Kobe. And he’s on the most successful run since he left LA in 2013 Summer.

“It still hurts to this day…I didn’t get a chance to tell him how appreciative I was for our time together.” @DwightHoward opens up about Kobe’s passing. pic.twitter.com/c5n87n4wTA

“He was going to do something for me in the dunk contest, which is kind of heartbreaking. It’s been on my mind everyday. Man, I can’t believe it. I’m still in shock. It hurts.”

The first signs of Kobe & Dwight couldn’t get along was during Kobe’s last great year 2012/2013, the time he tore his achilles tendon. With the impact of Kobe’s injury, Lakers were so desperate to get a playoff spot in the remaining games. However, they had the 8th spot controversially. But LA got crushed by the Spurs in the first round. Remember Tim Duncan’s smirk at Howard?

The people seemed to like the Tim Duncan power move I posted yesterday so let’s not forget when Timmy gave Dwight Howard a smile all the way to the bench pic.twitter.com/4pKPvZ5rxE

And the second was the famous confrontation both had in the 2013-2014 opening night game, which ended up Kobe yelling Howard, “Try me… You’re soft!”. You see how Kobe didn’t flop after taking that elbow, that’s who he was.

“A lot of people thought me and Kobe hated each other and stuff like that. There were times where we just didn’t understand each other and I didn’t get a chance to tell him how appreciative I was for our time together and how thankful I was to be back here in L.A.”

Their relationship improved over the years. Howard told the media that Kobe was supposed to help him in the 2020 Slam Dunk Contest. He didn’t specify how Kobe would have helped him, but Bryant was ready to collaborate.

“It’s super sad because I really wanted to tell him how much I appreciate everything he’s done, all the things he’s said. Even at the time that we were on the same team we didn’t understand each other. But I saw a different Kobe and I even saw a change in myself.”

Dwight Howard must definitely come out with a Kobe Bryant (#8 or #24) jersey in the dunk contest and get 50-points from his every dunk attempt. Dunk contest participants are revealed by TNT, and his opponents are Derrick Jones Jr., Aaron Gordon, and Pat Connaughton. Good luck to the Superman.