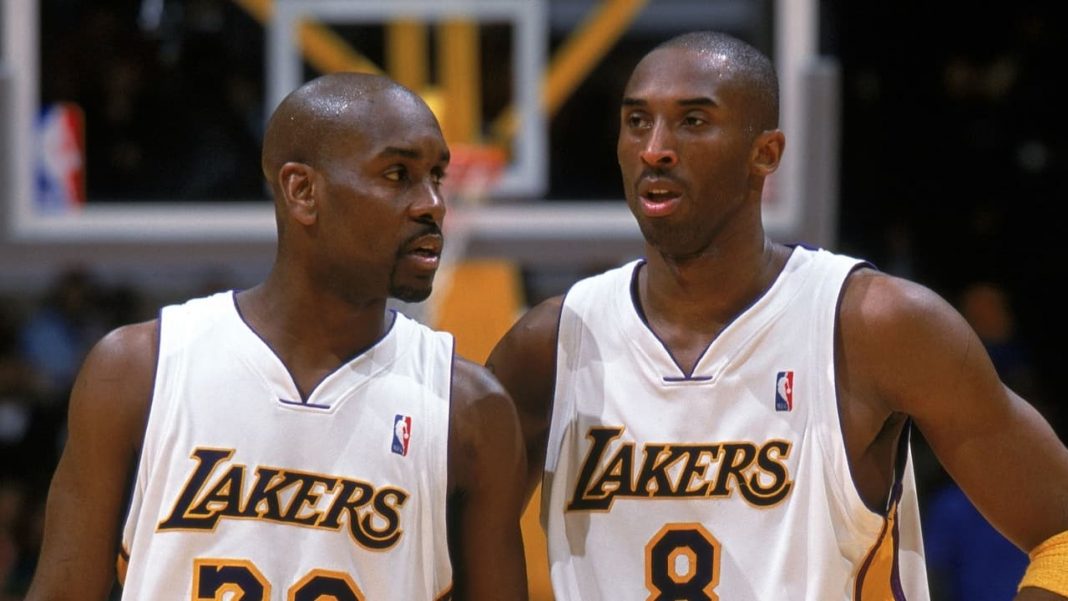 Kobe Bryant had one of the most complete overall playstyles the league has ever seen, Bryant would demolish teams in so many different ways. Offensively, his only weakness was himself. Kobe could shoot from any distance, drive and finish with the best of them, post-up like Jordan, handle the rock like a point guard, and do the dirty work when it comes to rebounding. The Black Mamba was always ready to strike early and often. Defensively he was crafty, vicious, smart, and ruthless when it came to guarding the opposition’s best guard or wing.

However, defense was a forgotten part of Kobe’s game, many were enamored by his amazing scoring ability and athleticism. Kobe worked on the other side of the floor just as much as he worked on putting the ball in the basket. The factor that really made Kobe work manically on defense was consistently making the All-NBA Defensive team, specifically the First team. Kobe proved his defensive worth making the elite defensive First team a record 9 times.

Bryant always would credit his “OG’s” for his improvements to his game and would constantly ask questions, his curiosity and willingness to learn from the generation older than him was what separated him from many. Bryant put his personal pride aside and went to Gary Payton, the defensive wizard from the Super Sonics and the Bucks in the 02-03 season, and took all the advice from how to become an elite defender and applied them to each and every game. After the ’03 Season Bryant was named to the First team. The following off-season, the Lakers signed Gary Payton to a 1-year deal and that’s where the true mentoring, hard practices, and sharing of knowledge were on full display.

In Showtimes “All the Smoke” podcast featuring Matt Barnes and Stephen Jackson, Payton explained his role as Kobe’s big brother during the ’03-’04 season. He went into saying that he was so excited to mold Bryant into an absolute force on defense. “I had the pleasure of mentoring him for one year, I became a big brother to him… Kobe was just a little different, he didn’t have no ego, and no ego in asking OG’s what to do.” Payton respected Bryant for being a student of the game.

“We used to do drills about defense,” Payton says, “I used to get him [Bryant] and I used to throw a tennis ball, he would catch it with one hand, and slide, how I learned.” Bryant’s confidence on defense elevated to the point where he would always want to guard and shut down the top guys. Whether it was Allen Iverson, Tracy McGrady, Vince Carter, Jason Kidd, or Ray Allen, Kobe never backed down to the challenge.

Payton always gave Bryant the reassurance to do so, GP exclaimed: “He would guard the top guys, that’s what I would tell him, stop straying away from all the top guys, if a top guy is there you guard him, guard him all night.” The advice shared from the Glove also brought the dog out in Bryant. “You take his heart from him and you go down and kill ‘em on the other end!” Payton exclaims to Barnes and Jackson.

I will always remember Kobe as a lethal offensive weapon, lighting teams up recklessly and making the big highlight plays, but after seeing the way Gary Payton talked about how good of a defender Bryant was, Kobe was arguably one of the greatest two-way players of his era.