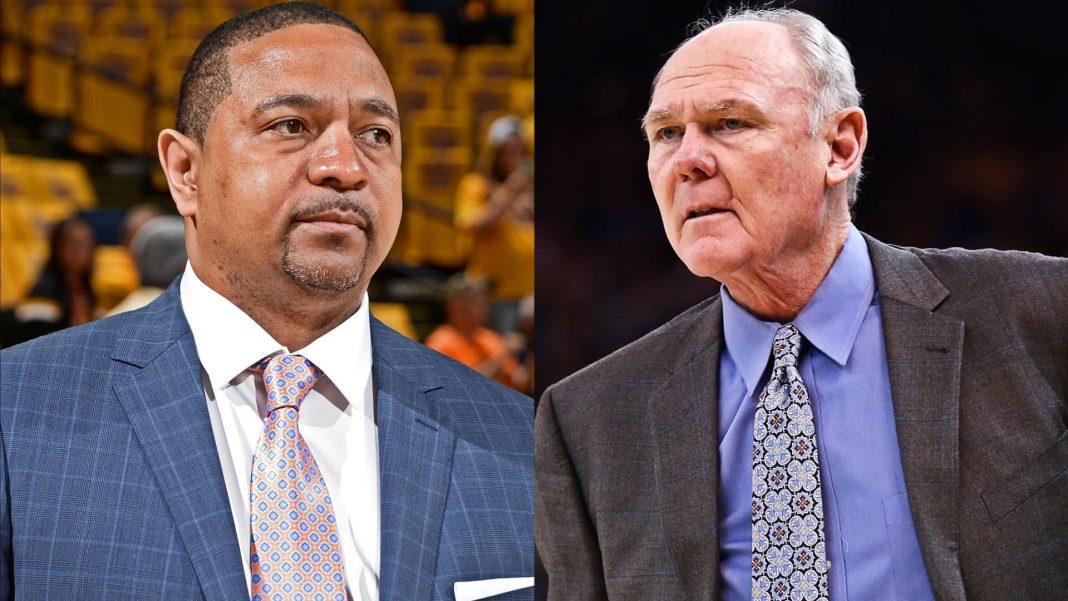 Mark Jackson took heavy shots at George Karl’s coaching abilities during Blazers Vs. Lakers game. Jackson is an ESPN analyst and color commentator since he got fired from Golden State Warriors job in 2014. He feels that there should be a responsibility of Karl to Carmelo Anthony being considered as a bad defender. Jeff Van Gundy who’s sitting next to Jackson in these playoff games backed coach Karl up because Melo didn’t have a tendency to play good defense in his prime.

People kill Carmelo Anthony for his defense and whatever.. they were wrong. This guy is picking up LeBron James [he’s overmatched] full court.

George Karl responded to Jackson on Twitter by throwing jabs, “How many all-star teams did you coach, Mark? How many DPOYs? How many Finals appearances? How many of my teams became dynasties right after I left?”

Mark Jackson continued his war with Karl after the live broadcast. After eight years with the team, Karl was fired by the Denver Nuggets less than a month after winning NBA coach of the year award. He coached one of the youngest teams in the NBA to the third-best record in western conference (57 wins), but Nuggets had consecutive first-round exits. The only time nuggets past the first round was in 2009 when they reached the Western Conference Finals.