Home NBA Giannis In A Landslide: How the Greek Freak Should Be The MVP... 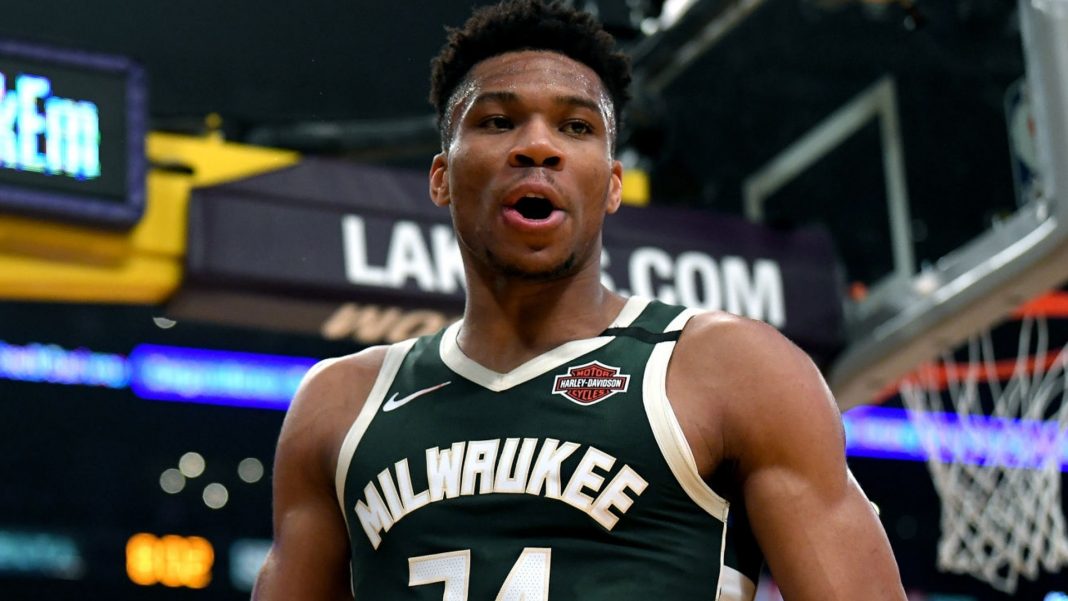 There has been a lot of talks lately about which player should take home the Most Valuable Player Award. Many in the media are leaning towards Lakers Superstar LeBron James. Yes, the 35-year old future Hall of Famer has been doing some magical things this season for LA. He currently has the Lakers sitting pretty on top of the Western Conference. Not only does James have the Lakers in first but he is also leading the NBA in Assists per game at 10.7 and is tied with Luka Doncic for most triple-doubles this season (13 and counting).

What LeBron James is doing is very eye-opening and impressive, no doubt about it. But to choose LeBron over the leagues reigning MVP Giannis Antetokoumnpo is something that has to be questioned.

Charles Barkley was recently featured on “The Dan LeBatard Show” on ESPN Radio this past week and was shocked about anyone in the media voting for LeBron James as the MVP. Barkley went into detail and claimed his case the only way Sir Charles can… “You’re an idiot if you vote for LeBron over Giannis for MVP. Imagine LeBron being 53-9 with Kris Middleton as his next best player and losing the MVP. The media is stupid”

Not to take away anything from the King, but the Greek Freak has this award sealed tight. Giannis and the Bucks are not only top of the East but have the best record in the League and is balling at a historic level. The Freak is putting up some insane numbers this season, averaging nearly 30 ppg, grabbing 13.8 rebounds per game, and 5.8 assists per game. His PER (player efficiency rating) is also at the top of the association at 31.84. Gaudy numbers for a guy who is viewed as “a 7 footer who can only run and dunk” There should only truly be one choice for MVP this season and goes to Giannis Antetokoumnpo.

With playing in a small market such as Milwaukee this should actually strengthen Giannis’ case to win, The Lakers have two top 10 players on the same roster, unlike Milwaukee where Giannis’ next best player is arguably top 25.

I would not consider Giannis’ MVP run this year to be Unanimous such as Stephen Curry’s historic 2016 season, but it should be damn near. If the Bucks sniff the realm of 70 wins, with Giannis crushing his competition, I could see the Freak getting 90% of the first-place votes from the media. That is if the media doesn’t decide to try to play down what the Bucks have done and play up how dominant the Lakers have been this season.

Let us know what you think!

Should LeBron have higher consideration for MVP? Does the media tend to play favorites have a bias towards guys like LeBron James?