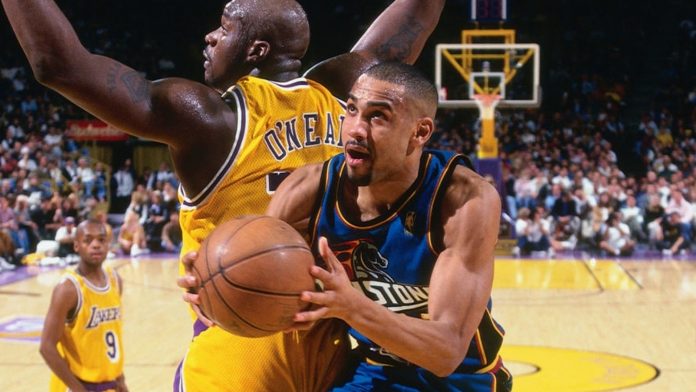 In the late 1990s, Grant Hill used to reach triple-double numbers so easily. A rebound here and an assist there, he would have had 10 rebounds and 10 assists in the halftime. In one of those nights, Hill’s 34/15/14 triple-double led Detroit Pistons to a 100-97 double-overtime victory against Los Angeles Lakers. Three years after his NBA debut, Hill got his first victory against LA in the NBA while his idol Magic Johnson was in the stands.

The most crucial part of the game was when Robert Horry and Eddie Jones ruined an inbound pass. After the Lakers knocked the ball out of bounds, The Pistons took a 20-second timeout with 2.2 seconds remaining. Detroit got the ball to Grant Hill on the right side, in position for him to take a dribble toward the center of the court to create a room from defender Robert Horry and then he banked in a three-pointer at the buzzer. The game was statistically the best Grant Hill triple-double game as seen on bballref website.

Like his idol Magic, he had triple-doubles fairly frequently. Prime G-Hill played almost every minute of the game. He found the open man, he set picks, he didn’t talk smack at all and he had a selfless basketball style that basketball enthusiasts wish every young player applied.