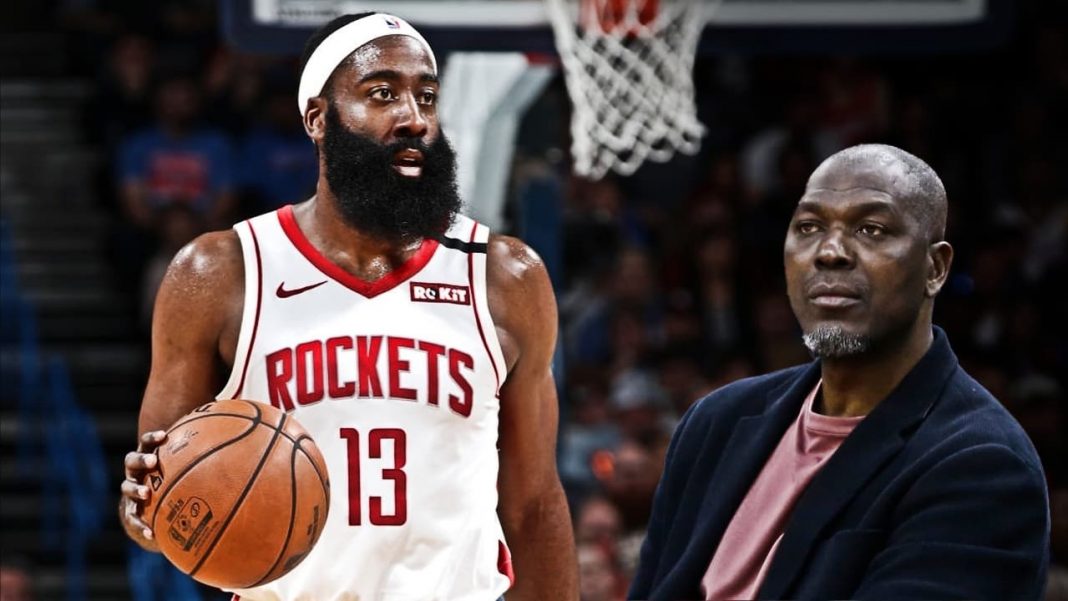 Hall of Famer center Hakeem Olajuwon praises fellow Houston Rocket James Harden and puts him on the same class with Michael Jordan and Wilt Chamberlain in terms of dominant scoring. The Dream recently was on Houston’s SportsTalk 790, talking about Rockets back-to-back championship run in ’94 and ’95, and he compared the “Beard” to league’s scoring giants. Olajuwon thinks James Harden can win an NBA title in Houston if the front office can make necessary moves:

There’s no question about that. It’s very, very difficult to carry a team from that position, and he’s proven that comfortably, reaching new heights. Look at all his statistics. You’re talking about a player at the level of Michael Jordan or Wilt Chamberlain. He’s something unbelievable in this era. There’s no question about Harden’s ability as a champion. It’s just a matter of time. James Harden is such a complete player. He’s a winner. I think, with Russell Westbrook and James Harden, needs some reinforcements when he’s going deep in the playoffs. When the battle gets tough, he just needs that reinforcement to recharge. I think Russell Westbrook has brought that to this team.

Harden, who last three year’s scoring leader, is achieving video game numbers since 2016/2017 season. Here are some of the best James Harden statlines: