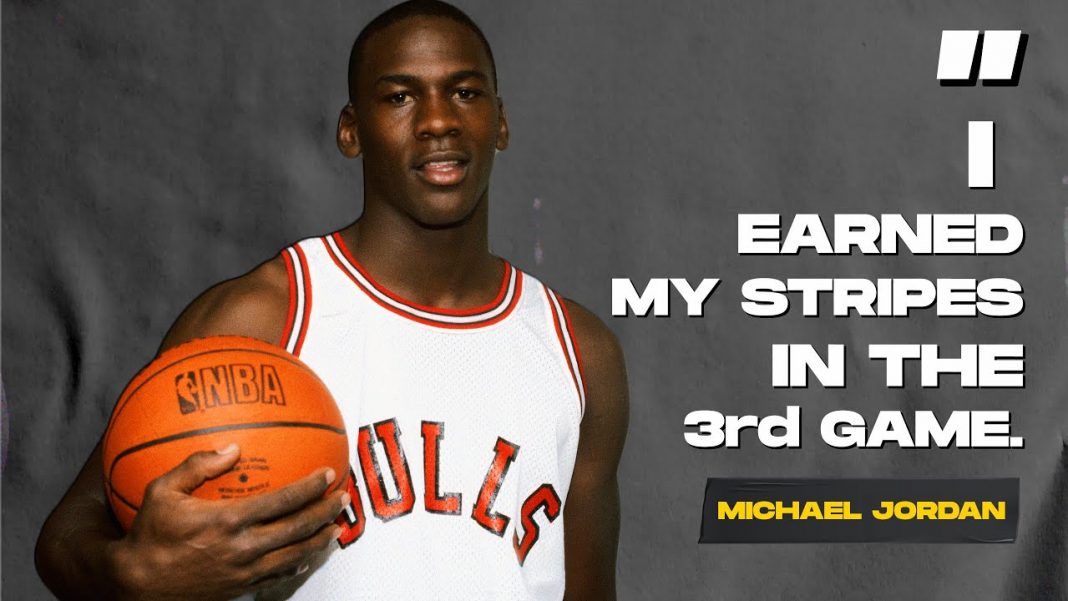 Michael Jordan remembered this story in the Last Dance documentary. The game MJ earned his stripes was exactly the 3rd NBA regular-season game he ever played. The opponent was Bulls’ arch-nemesis Milwaukee Bucks and every time Bulls played against Bucks, they lost. Sidney Moncrief was the best defender in the league, and he could shut superstars down. But Moncrief was about the face his biggest defensive task, stop Michael Jordan from scoring the basket. Bucks took control of the game and crushed the Bulls until the end of the 3rd quarter. Not Rookie Michael Jordan, but his team gave up. MJ said, “game is not over yet,” and kicked off an incredible 4th quarter comeback. 22 of his 37 points came from the 4th quarter. It was a Bulls franchise record for most scored points in the 4th quarter. Four of them came on two sensational moves to the basket that sent the stadium crowd into delirium and had the Bucks in awe. He drove the lane and suspended in midair, scored over 7-foot Alton Lister. Lister picked up his 6th foul, trying to stop MJ. Mr. Jordan, this time fouling out Paul Pressey with another gliding, double pumping drive to the basket. Bulls came back and won the game. After Jordan’s 3rd game, everyone from the Bulls accepted Michael as their best player.

He was not a college kid anymore. No longer would his game be hindered by zone defenses. Michael could now exhibit all his skills with a flair. He discovered his kind of magic ability to turn a game around and instill a desire to excel in his teammates.

Thanks to Michael Jordan, basketball was fun again in Chicago.

Jordan and his heroics showed the Bucks, future opponents, and even league commissioner David Stern on hand for the game that these Bulls are of a different breed.