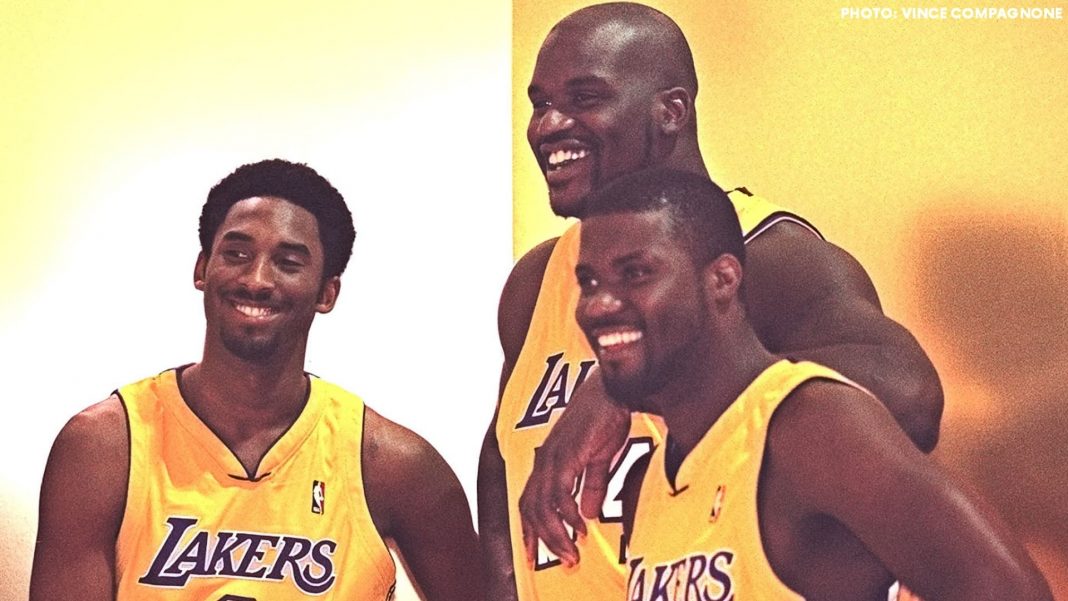 Imagine practicing with the 2001 Lakers, one of the greatest teams in NBA history. You got Phil Jackson one side of the court preaching his philosophies, and on the other side, you got a team filled with stars and role players that worked with each other so well. Practices were essentially playoff games, especially when Shaq and Kobe got into it.

Competitive was an understatement; these practices led to heated arguments and scuffles. One particular story was between Kobe and guard Isaiah “JR” Rider. As many knows, Kobe demolished Rider during 1-on-1’s and in team practice. But what brought the fury out in Bryant was Rider’s ability to get under his skin. In a recent interview on Stephen Jackson and Matt Barnes’ podcast “All The Smoke,” Jackson and Barnes had Rider tell a story on why he made Bryant so angry. “Diesel told me that there’s 10 G’s in the locker if you and Kobe get into it.” Every time Rider would get Kobe rattled; there were 10,000 dollars “all in ones” waiting for him. Crazy. A bounty placed on the young Mamba by Shaq. Now it was hard to get the Mamba off his rocker. Even at a young age, Kobe would have the confidence and the mental game to go after even the greats like Jordan and his teammate Shaq. The things Rider would do must have been top-notch. These are the things that made the Early 2000’s Lakers such a unique and weird dynasty. They cared so much about winning, but they were not like the 90’s Bulls or 80’s Lakers/Celtics. These dudes wanted to go at one another to see who was really about it.

For the ’01 Lakers, you have an emerging superstar in Kobe and the established MVP in Shaq. Theoretically, O’Neal should have taken the reigns as the leader, the alpha, the voice that everyone listened to. But Kobe had other plans. Both wanted to win, but in different ways. With Shaq’s personality of winning when its game-time and having fun off the court and Kobe’s Jordan-esque mindset, it created havoc and animosity to a different degree. Yet, this Yin and Yang came together and made it to the finals four times, winning three of them, and was arguably the most dynamic duo the league has ever seen. Shaq’s offer to Rider might have benefitted Kobe more than anyone. There’s always a silver lining in every situation.