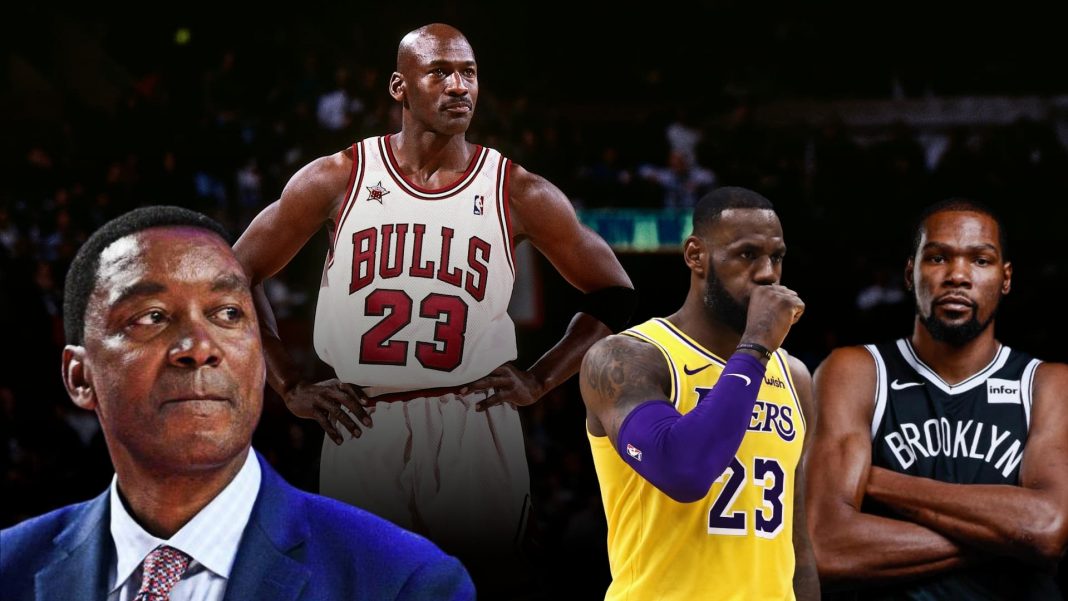 Isiah Thomas and Michael Jordan have never gone public with their hard feelings toward each other. On the court, they have slapped hands before the tip-off like everyone else. Legend says, Isiah Thomas masterminded a Michael Jordan freeze-out in 1985 Indianapolis All-Star Weekend. This legend never melted away. And it gained momentum When Isiah Thomas was left off the Dream Team in 1992. When the USA Dream team was about to announce on national tv, the word is that Jordan told several persons he would not play on any team that includes Isiah. Freeze-out one in 85, freeze-out two in 92 Olympics.

Jordan and Isiah, the greatest rivals, are both known as defaming each other. On Chris Broussard’s 1-on-1 interview, Isiah Thomas mentioned how superior today’s NBA superstars compared to his era, the ’80s. “What KD and LeBron are doing, if you put them back in the era of 80s with their talent, athleticism, and skill… Who’s the GOAT?” Thomas said of James and Durant.

Thomas is famous for picking LeBron James on TV shows as the GOAT over Michael Jordan. He adds Kevin Durant to the list during the interview, signaling both LBJ and KD could’ve been better players then Michael Jordan in the ’80s. “Man, put KD in the ’80s, put LeBron in the ’80s.”

“Jordan by far was the best athlete we’ve ever seen. From an athletic standpoint, there are 10-11 guys in the NBA right now with Jordan’s athletics. We didn’t have that back then.”

Zeke was also breaking down the Jordan Rules, the infamous strategy to stop Michael Jordan in 1988,1989, and 1991 playoffs. “What I figured out is Jordan wasn’t as good going left as he was right… and their offensive scheme allowed us to force him left and double team him from the baseline.” Michael wasn’t a great passer with his left hand, a right-hand dominant player. Pistons defense kept the pressure on the right side to force Jordan pass and prevented a direct line pass. With this strategy, Detroit defense had enough time to get back and recover. If Jordan was on the right-wing, the defense forced him to the middle and forced him left to the baseline to trap. Those were the Jordan Rules, and Chuck Daly’s Pistons were disciplined enough to imply them for every single Michael Jordan play.