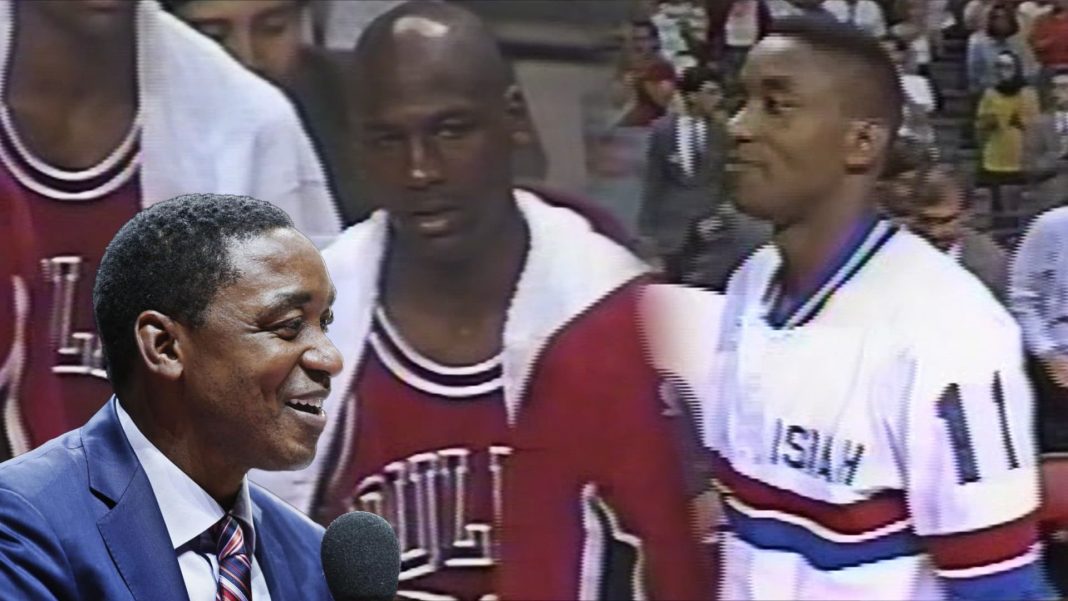 Michael Jordan still holds a grudge against Isiah Thomas and the Detroit Pistons and their infamous walk-off in 1991 Eastern Conference Finals. In Last Dance doc., the interviewer shows Jordan footage of Isiah Thomas talking about the walk-off so he could get his feelings on the incident that happened 29 years ago.

MJ’s comments in episode 4 were raw and uncut, “Whatever [Isiah Thomas] says now, you know it wasn’t his true actions then. You know, there’s time enough to think about it, or the reaction of the public that’s changed his perspective. You can show me anything you want. There’s no way you can convince me wasn’t an a**hole.” as said on Last Dance.

Thomas, who found documentary fun and entertaining, had his chance to respond to Jordan on ESPN’s Get Up, “I speak for City of Detroit, Detroit Pistons and myself. In terms of how we felt as champions, we were coming down as Michael Jordan was coming up, and you have certain emotions. I’ve said this many times. Looking back, over the years, had we had the opportunity to do it all over again? I think all of us would make different decisions. Myself personally, I paid a heavy price for that decision. And paying that price, I understood that this is the sports world and everything else but the same time, our emotional state, how we exited the floor, we actually gave the world an opportunity to look at us in a way that we never really try to position ourselves or project ourselves that way.”

Zeke said the incident was unfortunate but also admitted that Pistons were thrived to be in the image of “Bad Boys.” They loved being hated and getting disrespected as a motivational tool. When Isiah Thomas came into the NBA scene, Magic and the Lakers, 76ers and Dr. J and Celtics and Bird were the champions. The ’80s were all Philly, LA, Boston, and lately Detroit. Bad Boys had the chance to three-peat, which other three franchises never able to accomplished or even a four-peat if Isiah was not injured his ankle in 1988. Zeke talked about the stress of trying to make the three-peat in 1991 caused the incident, “It was disappointing at that time to lose Chicago Bulls. I remember when Boston exited the floor in 1988, we’re celebrating in the locker room and everything else, for us, it was OK when Boston exited. It was OK when Larry Bird exited. We never looked back and said, ‘Oh, they were poor sports. They were champions.’ We were actually grateful for the lessons that they taught us along the way in terms of how to win, how to be disciplined enough to compete every single night. That what we learn from Philly, LA, and Boston.”