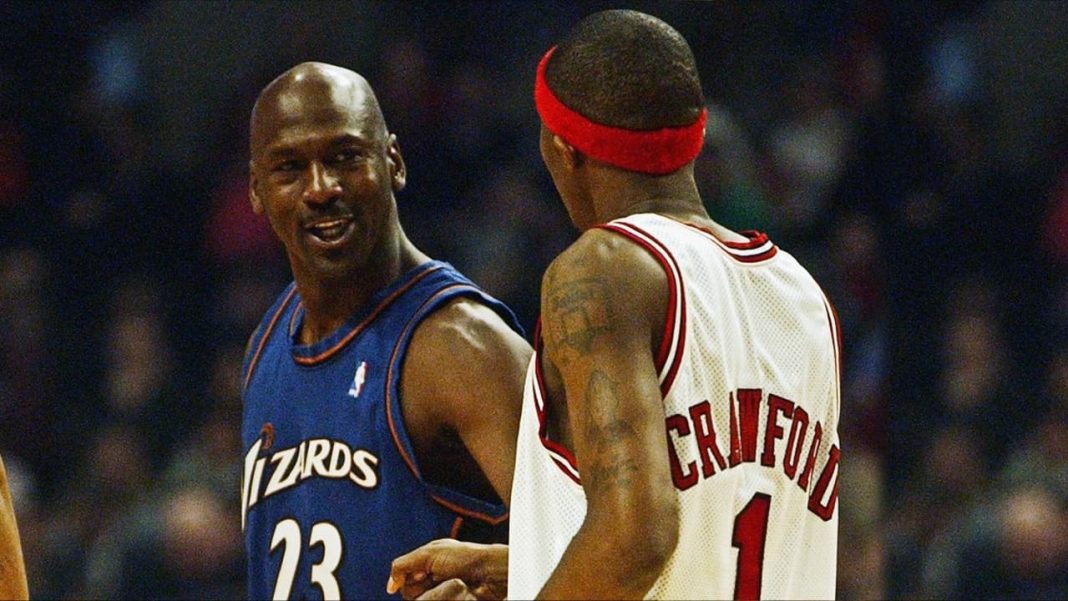 Jamal Crawford is and always will be one of the most creative hoopers to step foot in the NBA. His crafty, quick, and ingenious mix of handles combined with a rainbow arching jumper lasted 18 seasons in the Association.

Crawford has broken down many stars in the NBA with his change of pace and crossovers, including the infamous “Shake n Bake” that had everyone turning their heads in disbelief. Do me a favor and just watch Jamal Crawford Crossover on YouTube, you’ll see what I’m talking about. Other than the crazy handle, JC could absolutely put the ball in the bucket, he is the all-time leader in 4-point plays and with multiple 50 point outbursts and barrages of big scoring nights off the bench, he solidified himself as a legit scoring threat.

Crawford also came through for his team(s) in the clutch, hitting big shots and game-winners over the years. Crawford brought poetry to the game with his style, he also brought home the NBA’s 6th Man of the Year award 3 times.

Crawford has played for 8 teams during his 18-year career. One memory that stuck with JC throughout the years was during his first season with the Chicago Bulls. The 20-year-old was originally traded from the Cavs to the Chicago Bulls on draft night and one former Bull took notice. That former player was Michael Jeffrey Jordan. In 2000, Jordan was working out in Chicago eyeing a return the NBA. MJ saw the potential in Jamal Crawford when he was working out for teams during the draft and scouting process. It takes a lot to impress Jordan, even Crawford was in disbelief when his father told him that “Michael Jordan likes your game.” JC explains how shocked he was, “This was before social media, I’m like dad, there’s no way you could notice.”

The 38-year-old Jordan wanted to meet Jamal, and in typical Jordan fashion, he called up his trainer Tim Grover to schedule a workout. Grover calls Crawford and tells Crawford to attend a gym session with MJ. Crawford recalls “Grover calls me at like 6:30 in the morning; this is when he was kind of prepping before he came back to the Wizards.” Crawford goes on to mention that MJ was already there in a full sweat “I drove down to the gym, I get there at seven o’clock. MJ has been there since 6 am doing defensive slide drills by himself; the work ethic stuck with me. I’m like okay it’s no accident why he is who he is.”

During his rookie off-season, Crawford and Jordan worked out frequently, even participating in pickup runs. Their bond and the wins during these games grew exponentially. Crawford noted that they “Never lost in two years, and we played against everybody.” Jordan respected Crawford’s game so much that he would only play in these games if JC was running with him. Amazing.

The experience Crawford gained by learning and practicing with the GOAT was priceless. Seeing greatness work rubbed off on Jamal, which correlates to his longevity, JCrossover was always in shape and it seemed that he was never aged for 18 seasons.