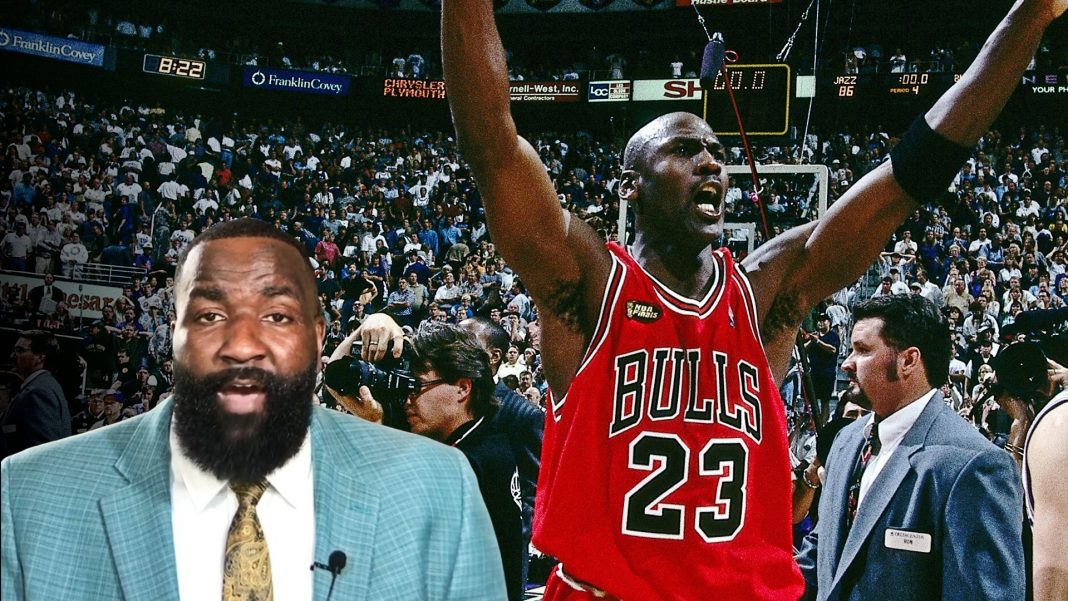 Kendrick Perkins is famous for being a poor man’s Charles Barkley for ESPN, and he’s at it again. This time he forgot Michael Jordan’s most significant achievement at age 35, which is winning the 1998 NBA Championship. We’ve heard some silly takes when it came to comparing LeBron to Jordan, but this is far beyond belief.

Sorry Kendrick, but Jordan won his 10th league scoring title and his 5th league MVP at age 35. Even that age, when Michael Jordan took over, most of the NBA got caught watching him instead of preventing him from doing it. MJ played his best game as his last game as a Chicago Bull. How can you forget Game 6 and the Last Shot? A miracle 17-foot jumper with 5.2 seconds remaining in the game, giving Bulls their sixth championship in eight seasons. He was the most valuable player in the finals, scored 45 points in his “Last Waltz.”