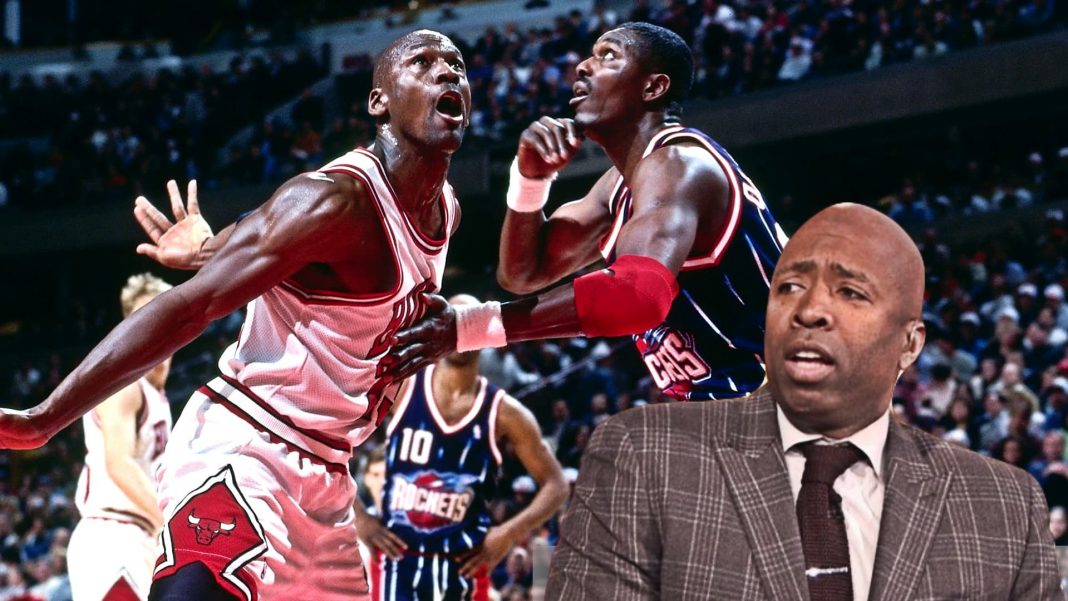 Inside The NBA analyst and former Houston Rocket Kenny “the Jet” Smith has joined First Take to discuss NBA’s current status. Smith, who’s a former Tar Heel and teammate of Michael Jordan, found himself in a heated 1995 Rockets Vs. Bulls debate. The debate focused on how 1995 Michael Jordan, who wore #45, would fare up against Hakeem Olajuwon.

“Greatest player in history is Michael Jordan, let’s not debate that. First of all, he was wearing number 45 the year they lost [to Orlando Magic 4-2]. He [Jordan] was actually in the league; people forget that. But they were just too small. No Horace Grant, he was in Orlando. Dennis Rodman was still in San Antonio. That’s why they lost to Orlando Magic. We would’ve done the same thing. The team they lost 4-2, we swept. I just don’t think that team wasn’t the best.”

The segment continued with Stephen A. Smith asking Kenny Smith what if Jordan would not retire in 1993 and continued playing basketball, eventually meeting Rockets in the Finals, I would say this, those teams were great. The first three championships. Most people don’t know this, it’s the regular season, but we were 6-1 against Chicago Bulls in three years. We only lost one game because they had to double team Hakeem Olajuwon. One of the things Phil Jackson didn’t want to do was double teaming. Michael Jordan is greatest ever, but I don’t think he would’ve won eight straight.”

Houston had a stacked team full of three-point shooters, initiators like Vernon Maxwell, who could get to players’ faces and agitate opponents. When Olajuwon got double-teamed, he kicked it to Kenny Smith, Robert Horry, and wing players and devastated New York Knicks in 1994 and Orlando Magic in 1995. Not forget to mention that Olajuwon was at his best period both offensively and defensively. Bulls versus Rockets in Finals is still a miraculous NBA fantasy matchup to debate forever.