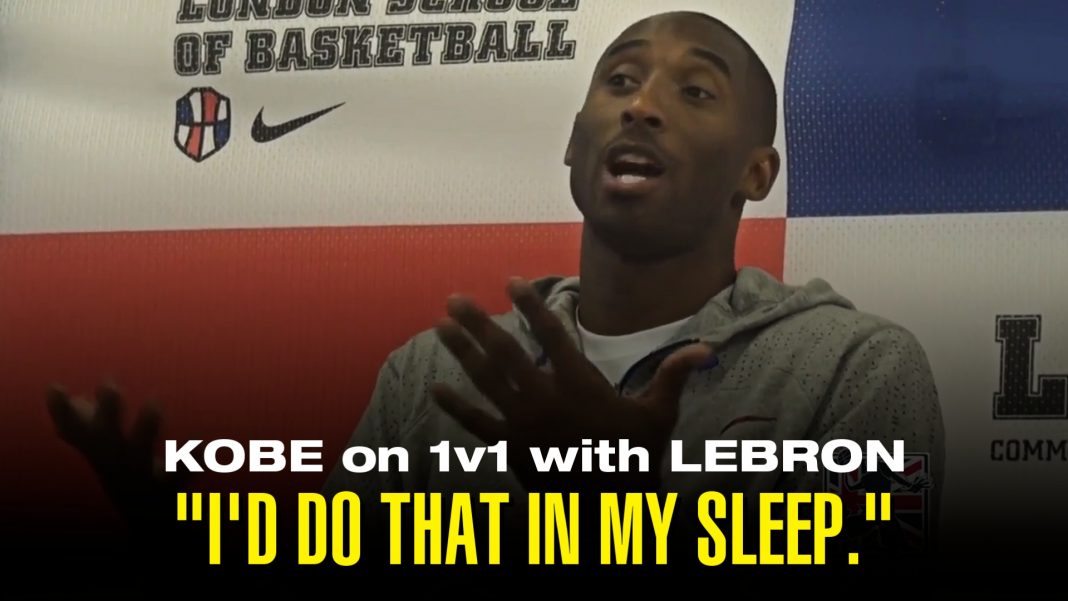 In 2010, Kobe Bryant made a rare appearance in London to open a basketball school. A fan asked who would win a one on one game between him and LeBron James. His answer was obvious, and it had full of confidence.

“I’d win, I’d win. That’s what I do. One on one is, that’s easy for me, you know. Playing one on one is how I grew up playing. It’s like my thing. LeBron is more like a Magic Johnson, a facilitator, he’s a great passer and plays an all-around game. At the core of me, I’m a one on one player. I’d do that in my sleep.”

In that summer, LeBron announced his famous ‘decision’ to go Miami Heat. And he became the most hated player at that time. Those years with Miami Heat, he was downplaying the one on one battle with Kobe. Heat beat Lakers in most of the meetings, but we never saw a true one-on-one battle from these two superstars.

Once suspicious of each other, if no more than that. Kobe and LeBron had since shared a joyful 2008 Olympic Summer. Their admiration for each other became genuine. Therefore, they became friends rather than rivals. And their friendly ‘the best player battle’ continued between 2008-2010.

In those years, Kobe had the crown. He was the most skilled basketball player on the planet. He could take the game over at any time with his ability to score the ball. League MVP of 2008, and the NBA champion of both 2009 and 2010.

When LeBron signed Heat, those years in Miami, you could tell LeBron was eventually going to be in a class of his own. Even if he’d learn to do 80 percent of what Kobe can do, the outcome would be incredible. He accomplished a lot in the next ten years. And he deserved to be known as a better all-time player. In a decade of intense basketball, he became a way better one-on-one player than his younger self. From 2011 to 2018, he starred in every NBA Finals game.

A matchup of LeBron and Kobe in Finals might give NBA needed lift, much like Larry Bird and Magic Johnson turned the league into must-see TV in the ’80s when they met for the title three times. They met 22 times on the court, but never in the post-season.

We never saw that dreamy one-on-one NBA Finals matchup both in 2009 and 2010. Until Kobe retired in 2016, he shot, he shot, and he shot. LeBron was happy with passing the basketball. He’s still happy with an assist as a score himself, as he’s often. He’s the ultimate team player.