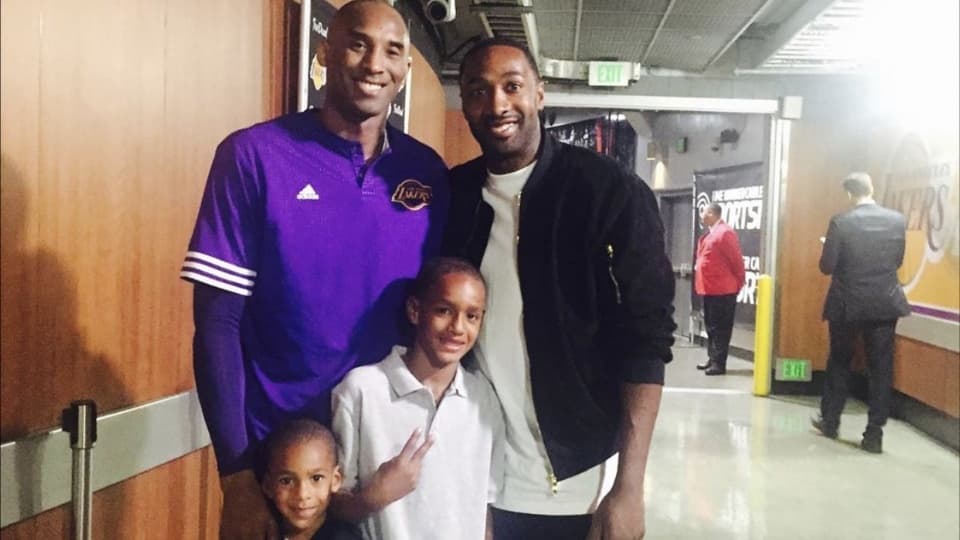 It was a pure tragedy to lose a figure and icon like Kobe Bryant. Absolutely shocking to say the least. Many fans, players, coaches, friends, family members, etc. were grieving and reliving the memory of the Mamba through pictures, posts, and ceremonies.

One former All-Star took everything that the Late Kobe Bryant said to him throughout the years and truly inspired him to share the game with others. Gilbert Arenas aka “Agent Zero”, “Hibachi”, or “No-Chill Gil” took the Mamba’s spirit, mentality, and knowledge of the game and applied it to the kids. Arenas is now coaching in Van Nuys, CA being a mentor to 14-year-olds. As he mentioned on his “No Chill Podcast” Kobe’s work ethic and insane drive made Gilbert go to extreme measures to become elite, which included his career-high 60-point game vs the Lakers in ’06-‘07. Gilbert Arenas really connects with the kids he coaches, he also mentions in the Podcast that he will be able to maximize any kid’s talent if they are willing to put in the type of work and have the mindset of an All-Star NBA player. Even if the kid might be undersized or not as athletic as an NBA/D1 college player. The discipline and skill set that the kids develop can make them go from average to good, good to great or, great to elite. A la, the Mamba Mentality approach. If the obsession to want to overcome the challenge is there. The sky is the limit and then some.

Kobe had one request for Gilbert before his sudden passing, start coaching. Share all the past battle stories, practice drills, tips, film, and moves with the youth. As Arenas stated in one his Instagram posts “You told me to use my bright basketball mind on some form of coaching on a NBA/College bench or coaching kids.” The utmost respect from Gilbert to honor the Mamba this way. The mentality will always live on.