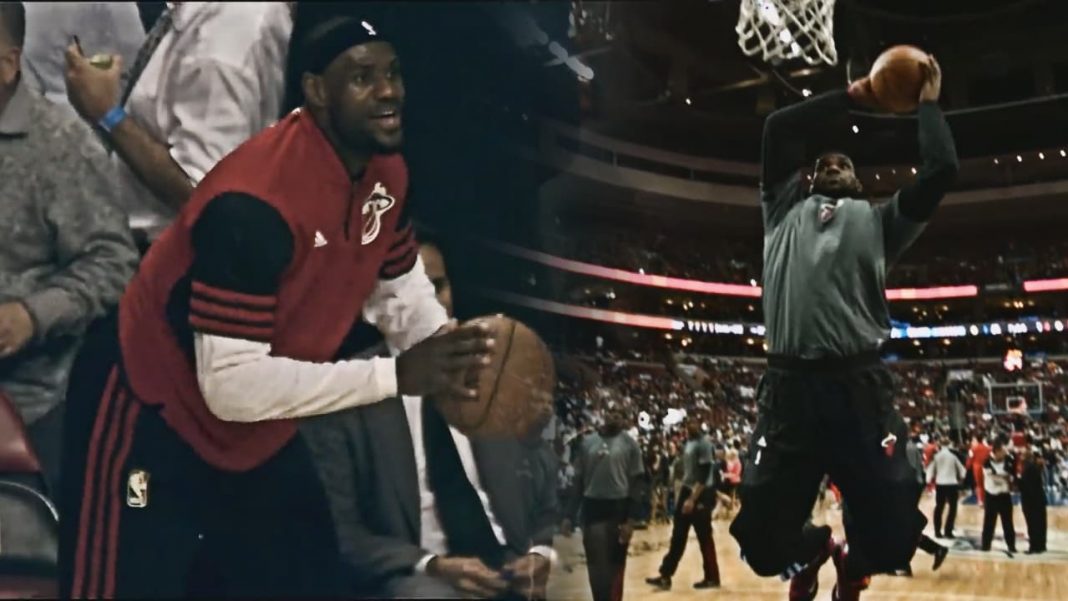 One of the highlights of the annual NBA All-Star Weekend is the Slam Dunk competition. Over the years there have been some good ones, as well as some not so good ones. On the positive side, think of Vince Carter back in 2000 with his 360-degree windmill dunk. Or how about the 1986 contest featuring 5’7” Spud Webb pulling off the improbable win. And then there was Michael Jordan the following year with his 1987 “kiss the rim” dunk.

But there were also some Slam Dunk Contest clunkers. Think about the 2005 contest that looked promising. But Chris “Birdman” Andersen brought the contest to its knees by trying and missing dunks over and over. Then there was the 2010 contest in which Nate Robinson was going for his 3rd Slam Dunk title. He ended up winning, but the dunks were forgettable and the competition weak.

Normally, the Slam Dunk Contest is reserved for young, exciting players with fresh legs. And that’s where it still is today. But that doesn’t mean that some of the games’ best players haven’t participated. Think about Jordan, Carter, Dominique Wilkins, Blake Griffin and Dwight Howard (in his Superman outfit). Sure, most of them participated in the early part of their careers, but they participated nonetheless.

Which brings us to Lebron James. As a high school phenom back in 2003, James was entered in the McDonald’s All-American Dunk Contest and won. And why wouldn’t he? Anyone who has seen him play knows that he is an amazing dunker. Which makes it only more frustrating for NBA fans that he has never participated in any NBA Dunk Contests in his career. You know it’s not that he hasn’t been asked. King James virtually has always had an open invitation. So what gives?

In a 2018 interview, Lebron said that he considered taking part in the contest several times in his career, but minor injuries prevented him from participating. As he has gotten older, he has clearly ruled it out for the risk of injury. Add to that the fact that he is normally playing in the All-Star game, and chances are good that we won’t see it.

However, there have been years where he teased fans by giving clues that he was ready to give it a shot. In his rookie season, 2004, he skipped the contest due to an ankle injury, although he played in the rookie game the same weekend. In 2005, he seemed disinterested and turned it down when he said that “most of the superstars avoided the dunk contest because all of the dunks have been done before.”

The fact that James declined to participate during the early years of his career is something that he probably looks back on and wishes he would have tried it. The NBA is an international league and fans around the world enjoy All-Star Weekend and the festivities. Maybe he felt he was above doing it, but when you think of the stars who have done it and been successful, it was a great experience and something they probably always remember.

As the years went by and fans were still anxious to see him dunk in a contest, James still gave them reasons to hope. At the Slam Dunk Contest in 2009 in Phoenix, Lebron was asked on camera if he was going to participate in the 2010 contest. He said that “right now, I’m preliminarily putting my name in the 2010 Slam Dunk contest.”

That gave fans hope that they would finally get to see King James perform. But he ended up not participating, leaving fans still hungry to see his dunking skills on display on All-Star weekend.

However, Lebron has been known to perform a variety of dunks over the years during pregame warmups. Whether he does so just to give fans an idea of the type of dunks he would do in a contest or not is up for debate. For instance, during the 2012-2013 season, James was seen doing a series of different dunks in front of home fans during pregame warmups. That may have further teased his fan base and got them thinking he may finally enter the dunk contest.

Then again in 2014, a video surfaced of James and his Miami Heat teammates performing a version of their own slam dunk contest during a team practice. Lebron seemed to truly enjoy coming up with an interesting array of dunks and enjoyed watching them back to the delight of his teammates.

But still to this day, he has not participated in the All-Star Weekend Slam Dunk Contest and the chances are good that he probably won’t, given his age and how far along he is in his career. The chance of an injury that could derail his team’s chance at winning a title is too much to risk.

However, there is no denying that the man can dunk. With his size and strength, fans have enjoyed many a thunderous jam from the King during actual NBA games. And if he had ever decided to enter one of the Slam Dunk contests, most fans would be betting on him to win. So even though NBA fans can only dream, they will probably have to be satisfied with James dunking the ball during game action. And to be truthful, there’s absolutely nothing wrong with that.