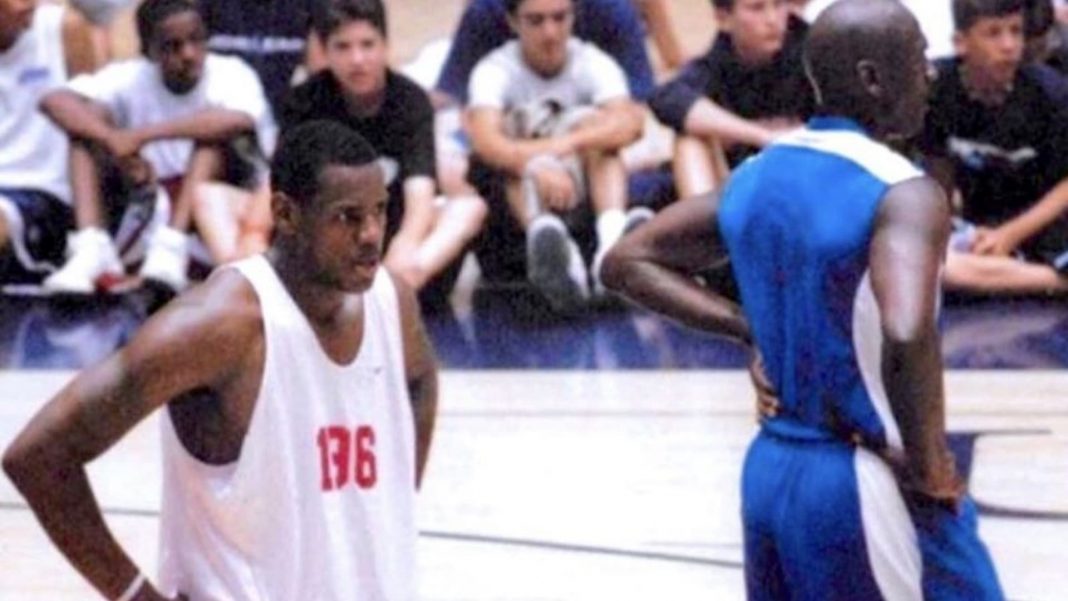 NBA is postponed, college game is canceled. Sports fans are spending time on social media more than ever. A tweet from Throwbackhoops – Michael Jordan and LeBron James in a basketball scrimmage – went viral and it made sports fans very thirsty. Everyone’s looking for the unreleased scrimmage footage of MJ and Bron on the web. The G.O.A.T. debates are heated up again during these times of ‘No NBA’.

Yes, Bron and MJ played against each other and unfortunately, there’s no video. However, according to Metta World Peace – formerly known as Ron Artest – LeBron used to play scrimmage basketball against NBA stars as a sophomore in high school.

“He was cooking. Nobody could guard him. They couldn’t guard him. I’m like, ‘He’s embarrassing us.’ He was coming down, full speed, LeBron James. I laid him on the floor, he’d get up and start cooking more. He’s just tough. He was about 225 pounds at that point, but I remember him just being tough.”

A similar story was told by Maverick Carter – the closest friend and a member of James entourage – in Chris Broussard podcast:

“He was out there playing, and if you watch the game, he wasn’t, like, dominating, but he didn’t stick out. You didn’t go, like, ‘Oh, there’s a kid out there.’ It was, like, ‘Oh, there’s just another player out there.’ It would be interesting to see how he remembers those games, but I remember them, for sure, as him not at all ready to defend. But he never stuck out either way, which is impressive for a 16-year-old kid. He didn’t stick out like he didn’t belong, but he wasn’t dominating anyone. “But he was getting buckets and making plays and kind of being the LeBron you know today.”

Two of the game’s best players, the future and the past were on the court. The scrimmage was played in April 2003, before the Jordan High School Exhibition Game. Then LeBron James attended to Michael Jordan’s last game in Washington against New York Knicks. He was sitting beside Chris Paul who was another member of the Jordan High School Camp.