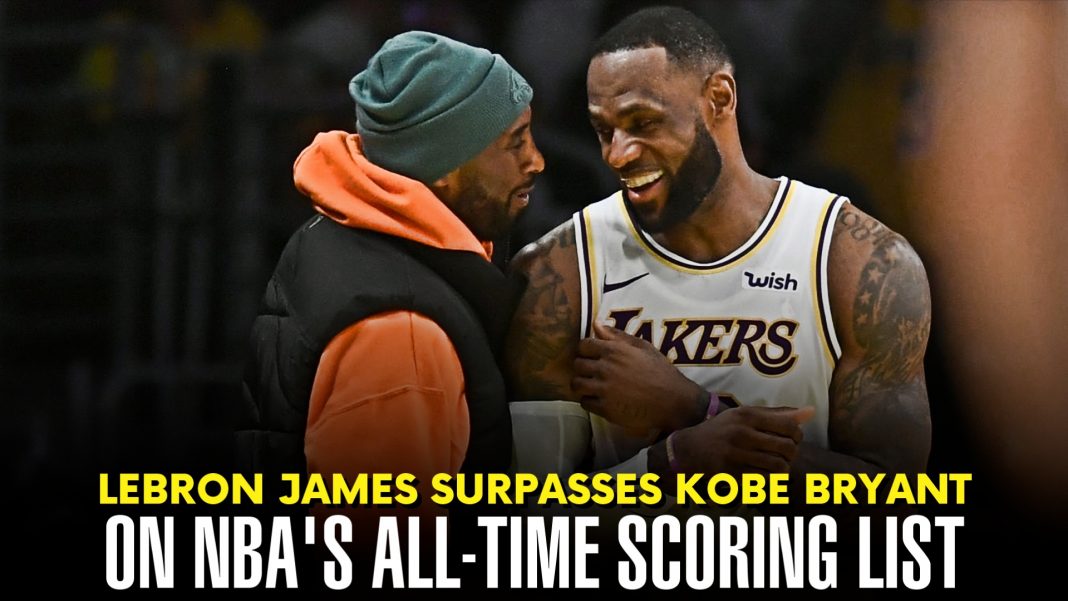 LeBron James surpassed The Greatest Laker, and Philadelphia native, Kobe Bryant, in total points scored in the NBA. During Saturday night’s game against the Philadelphia 76ers.

He needed 18 points to make history. What inspires most of the hoop fans is his longevity, and him still playing the game at the highest level. And he keeps smashing NBA scoring milestones to get his spot in the basketball immortality:

It looks like Kobe will be the first one who calls LeBron and congratulate.

“I’ll for sure call him and tell him congratulations, I’m so happy for ‘Bron, all he’s accomplished and continues to accomplish, he’s been great.”

Now he’s in the 3rd place. Is it possible for him to surpass Karl Malone, and then Kareem Abdul-Jabbar to become No.1?

Bron is averaging 25.5 points per game this year. Hoping he continues to play like that, and he’s averaging 1900 points per season for these last four years. That indicates he’ll surpass The Cap in 2022-2023 season. It’s achievable.

As the NBA’s assist leader for the first time in his 17 year career, the man is on a mission. MVP debates are between him, Giannis, and Luka Doncic, before we’re getting to the All-Star break.

Now it is time for die-hard Los Angeles native Kobe Bryant fans to calm down. (I know it is hard for them) And appreciate LeBron James’ unbelievable career and support his current championship journey with the Lakers.