Tim Hardaway's comment on a newspaper motivates Michael Jordan for the game. 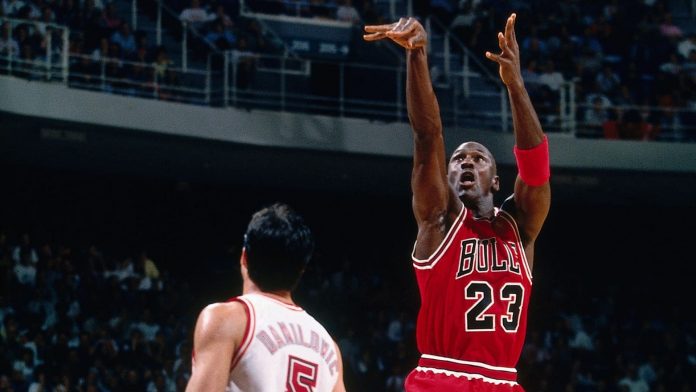 November 6, 1996: When Michael Jordan picked up a Miami newspaper, he saw something he didn’t like. There were Hardaway’s words: “This year they’re going to take us seriously.” and of course, “From that point on, it was PERSONAL.” Timmy said it because the Miami Heat was stronger than ever in the 1996-1997 season. Later they proved it by challenging Chicago Bulls in Eastern Conference Finals.

Back to the newspaper quote, those are fighting words to a guy like Michael, who is looking for any kind of motivation for his entire professional career. Right after the tip-off, MJ left no doubt he took Hardaway’s statement personally: With a little more than three minutes left in the third quarter, he helped the Bulls push a 57-53 lead up to 79-63. Jordan ended up scoring 12 points in the period, including a nifty over-the-shoulder shot over Alonzo Mourning. Jordan was fouled on the play and after hitting the free throw, he smiled at the crowd as he waltzed up the court. They applauded. Even Dennis Rodman was pumped up after the play, he was mimicking and1 with a shocking gaze.

Jordan had 15 points in the first quarter alone. By the time the halftime buzzer sounded, Jordan had 26 points. He obviously was taking advantage of having the slow-footed Sasha Danilovic guarding him.

Scottie Pippen said: “I’ve been with him long enough to know that it was a personal challenge,. I’d say he met the challenge.” “He wanted to make a statement,” said Miami coach Pat Riley. The Heat bench realized as much.