Home NBA Michael Jordan’s 51 points vs. Charlotte Hornets in 2001 was his Wizards... 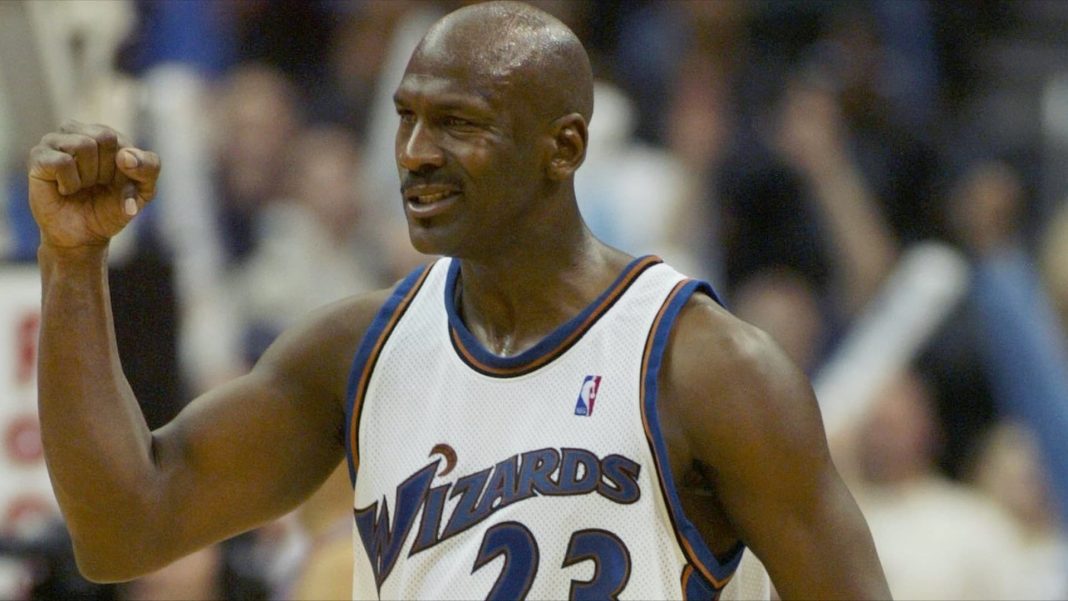 Do you remember Michael Jordan playing for Washington Wizards? When he set Wizards franchise records with 24 first-quarter points and 34 points in a half in 107-90 victory over Charlotte Hornets, he was 38 years old. MJ finished with 51 points. Jordan accounted for all but five of Wizards points as Washington led 29-28 after the quarter.

Realizing he was hot, MJ wanted t ball and wanted it badly. Fadeaway off the screen, pivot around a defender who left his feet falling for the fake, on the right-wing, he maneuvered to the right around Jamal Magloire, hung in the air, and kissed a 14 footer off the glass while drawing the foul.

He rested at the start of the second quarter, re-entering the game with 6:02 remaining, finished the half with five of eight shots for 10 more points. Jordan didn’t have his legs in the 4th quarter, shooting 2 for 7, but he blew past Stacey Augmon for an easy layup with 7 minutes left.

Three years later from 1998, Jordan was hanging in the air, his rhythm, the timing was perfect, and he had the defensive guessing; it was one of those nights. It was MJ’s 39th regular season 50 point game.