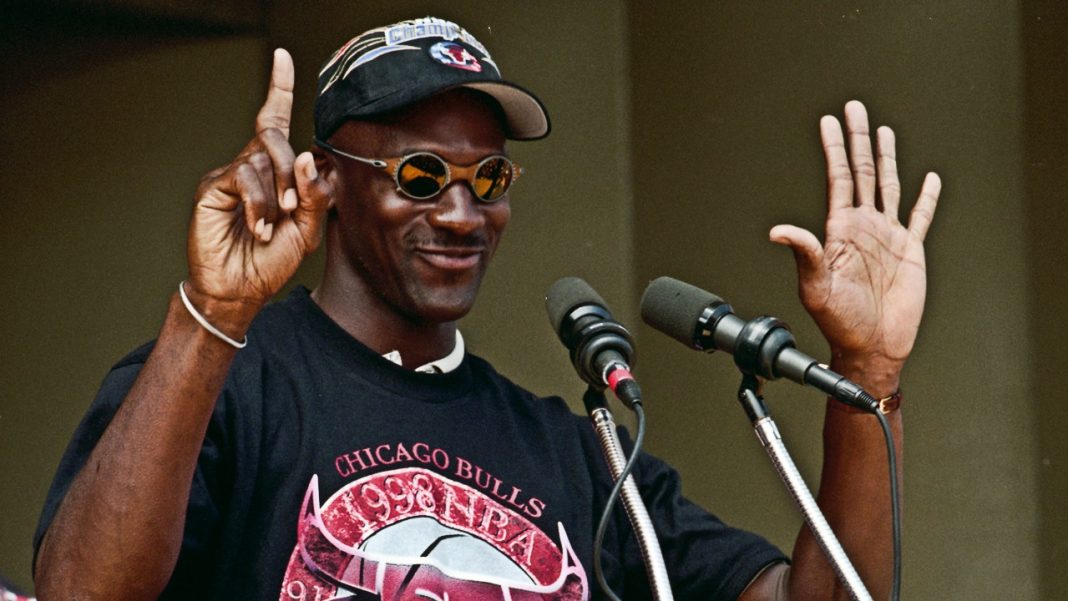 Reddit user NicoolaJokic shared an astonishing Jordan & the Bulls stat-line from 1990s. [Between December 1990 and June 1998] MJ in his championship runs—ignoring the first retirement and half-season comeback—never lost three games in a row with the Chicago Bulls.

Phil Jackson and the Bulls front office were worried seriously because of losing three games in a row at the beginning of 1990/1991 NBA season. Entire organization had no idea what was about to be happening in the next eight years. A team that had a record of 0-3 in November 1990 dominated a decade of basketball.

Based on Basketball-Reference, Chicago Bulls were 388-104 in the regular season, and 90-24 in the playoffs. That means they had a 78.8 pct overall winning rate.

The Bulls needed a consistent winning mentality for an eight-year marathon. And that was the essence of what Michael Jordan was all about. Win at all cause. Give everything you got in the practice: his killer, cut-throat mentality made Scottie Pippen a Top 20 player, and Phil Jackson, the greatest coach ever.

Speaking of Michael’s approach to the games and practices, he demanded excellence from himself and his teammates whenever Bulls stepped on the court.

Steve Kerr’s comments on playing with Michael Jordan: “You even felt that in practice. The level of our practices was insane. Insane. And it was because Michael set that tone.”

“You were scared to death of him. He was the most dominant force on the floor in every regard. It wasn’t just the talent—it was the force of will. People, opponents were defeated by Michael before they even walked on the floor. So it was unbelievable to be on his team, to be his teammate. And you had to accept that responsibility. You knew he was going to be harsh on you. You knew he was going to be tough on you, was going to talk trash to everybody in practice, test you. And his reasoning was: If you couldn’t handle the trash talk in practice, there’s no way you could handle the pressure of the NBA playoffs. It made perfect sense. He was right! But it’s more than that. It’s don’t be scared. It’s like, you’ve got to compete. That’s probably the biggest thing I learned from him. Watching him was, he was just so fearless. He never shied away from the stigma that would come through failure. He understood that if he just went all out every single game and went for it on every single play, the positives would outweigh the negatives, but you have to live with the failure.”

Phil Jackson had a similar streak with the Lakers between 1999-2001 again. Lakers, deja vu, also never lost three games in a row. That just shows Jackson’s greatness in coaching. When you build a great team around him, Phil Jackson is always going to take you to the championship.

No load-management, no game 7s in the finals. Just win, win, and win at all cause. This was Chicago Bulls in the decade of the 1990s.