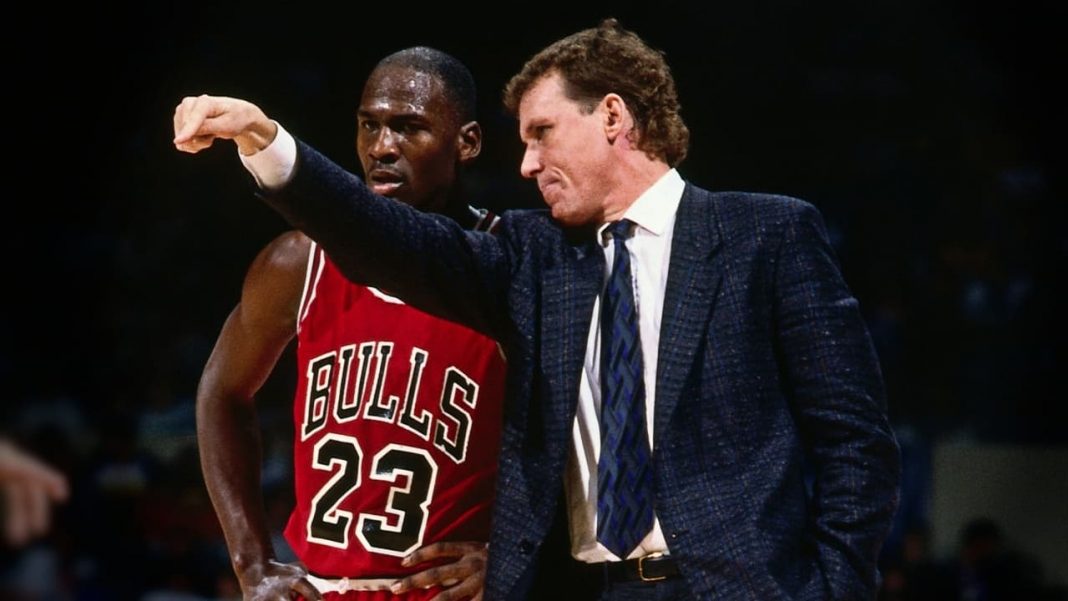 After losing to Boston Celtics in first round of 1986 playoffs, Bulls head coach Stan Albeck got fired. Doug Collins was the second head coach Jerry Krause hired for Chicago Bulls since owner Jerry Reinsdorf bought the ball club in March 1985. Krause loved hiring inexperienced head coaches so they could be loyal to him.

1986/1987 season started with Knicks game in Madison Square Garden, and Collins’ first game nervousness got over throughout the game, thanks to superstar Michael Jordan. Even MJ was nervous in the first quarter – scored only two points in the first quarter – and tried to get over jitters because it was his first full season since the broken foot injury in October 1986. All preseason he was looking forward to this game. Jordan wanted to be known as a complete player, not a 60-point player (related to his 63-point performance against Boston)

Doug Collins was strolling his way through the stress and emotion of his NBA coaching debut, and Bulls were losing when Michael Jordan promised him on the bench, “Coach, take a drink from this water, clean that stuff on your mouth. I’m not going to let you lose your first game.” Two minutes to go in the game, Collins was soaking wet, chewed his gum to the powder that around his mouth. Even pregame, Jordan was clowning around and trying to let out all the nervousness of his coach had.

Jordan kept his promise with the complete 50-point showdown, new MSG opposing player scoring record, and clinched Bulls to a season-opening 108-103 victory over the New York Knicks in front of 20,000 hoop fans. In the fourth quarter of the game, Jordan scored unstoppable 21 points. He scored 15 points in the final 5 minutes. In the end game, players came up and put their arms around Doug Collins, and Jordan was never one for empty promises.