HomeNBAMichael Jordan On Being Cut From High School Varsity: "I Just Wasn't...
NBA 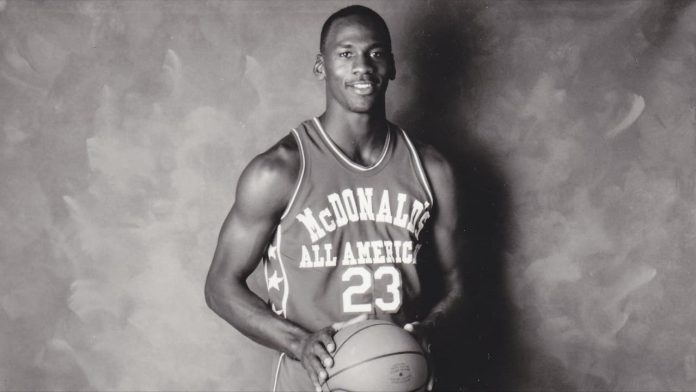 Every news headline does not begin: “Michael Jordan cut from his high school basketball team…” and Jordan is not reminded daily about it. But His Airness’ early failures helped cast the legend. During a hometown ceremony in summer 1991, Jordan, in tears, recalled, “It all started when coach Pop Herring cut me.”

Michael also asked about being cut from high school varsity team in Jay Leno Show [Aired on September 16, 1997] and he remembered vividly:

Everybody goes through disappointments, it’s how you overcome those disappointments. I just wasn’t good enough. In terms of the best thing that could happen to me was to get cut, cause it made me go back and get caught up with my skill level at my height.

In the late 1970s, Laney High School rarely put sophomores to varsity team squad. Laney’s coach, Pop Herring, was a tough-minded, old school coach. He only put one sophomore, and that was in 1978. The decision made young Mike Jordan go home and cry. Jordan saw the list of selected players. The sophomore was not him, but his close friend, 6-foot-7 Leroy Smith.

Kevin Edwards, who was a senior and backup point guard for the varsity team said, they had no reason to think Jordan would be special. He was known as a pitcher and outfielder until junior high. Mike arrived for his sophomore year as a skinny 5-foot-9 kid from Wilmington. Only his hands gave him away. Edwards recalled the time he put his hands next to Jordan, “His hands were twice as big as mine.”

The sophomore who was picked over Jordan, Leroy Smith, didn’t play much for the varsity team. He later showed up in North Carolina-Charlotte and Europe. Smith acknowledged that the only way he could beat Jordan was because of his size. It wasn’t based on talent.

The cut awakened something in skinny Mike Jordan. Later he turned out to be the Air Jordan, His Airness, and the greatest basketball player of all time.