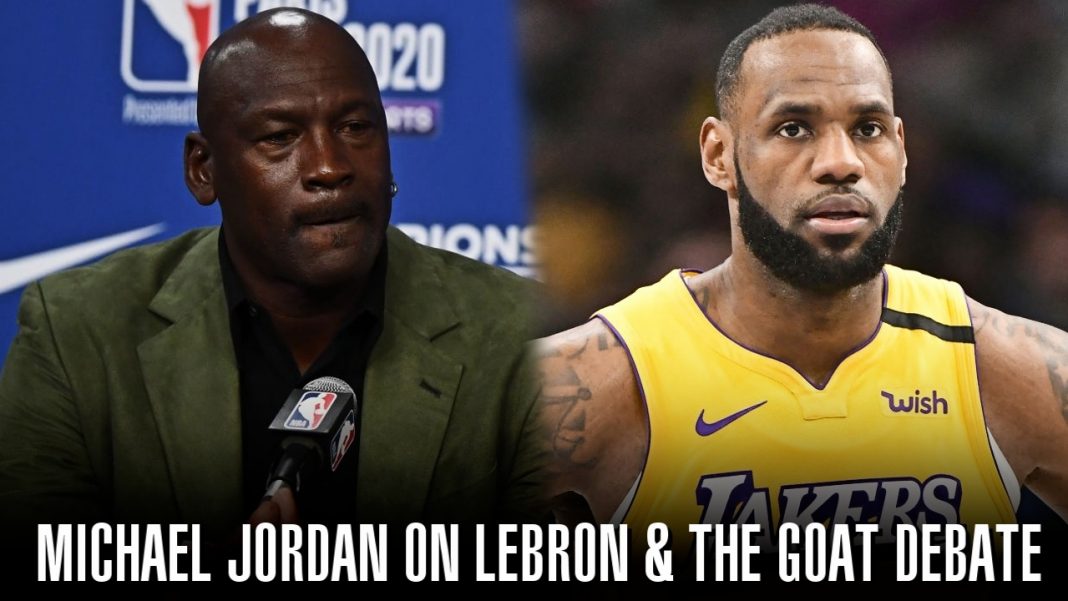 Michael Jordan is forever etched in the hearts of basketball fans as the Greatest Player Of All-Times. He’s in Paris for Charlotte Hornets – Milwaukee Bucks game, and he was speaking at the press conference alongside Adam Silver. Topics were the global growth of the game and the opportunity to play in France. And European reporters marvel his opinion about LeBron James and who is the greatest player ever.

There are always comparisons and debates between him and LeBron James. Two different eras and two pantheon players. So Michael avoided from a direct comparison by saying:

“We play in different eras. He’s one of the best players in the world. It’s a natural tendency to compare eras to eras… I think he’s made his mark. He will continue to do so.”

Via Malika Andrews from ESPN

We all know that Jordan has a super competitive attitude. Plus, Michael and LeBron don’t have a relationship like him and Kobe have over the years. He naturally identifies James as a person who tries to defeat him as an inevitable target to get the GOAT title. If Jordan were an animal in the jungle, he could lie out on the biggest rock and no one would disturb him, no one would attack him. That’s who he was. LeBron is the only threat left to disturb him in the jungle.

“LeBron James is one of the best players in the world, if not the best player in the world. I know it’s a natural tendency to compare eras to eras, and it’s gonna’ continue to happen. I’m a fan of his, I love watching him play. But as you can see our league is starting to expand on very talented players. And I think he made his mark. He will continue to be over a period of time. But when you start the comparisons, I think it is what it is. Just a state of measurement. He’s a heck of a basketball player without a doubt.”