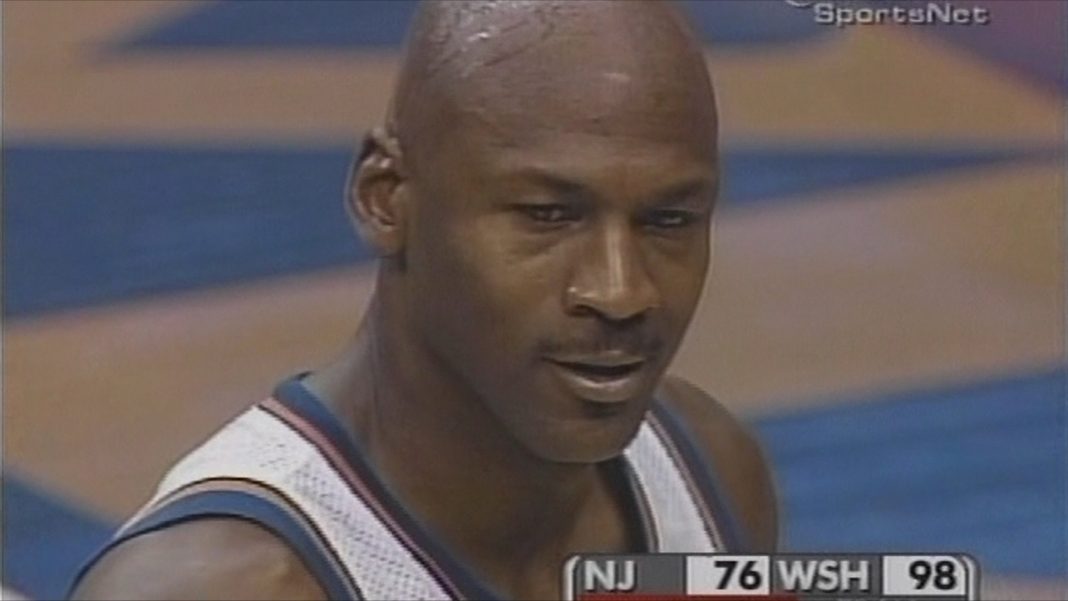 How much could Michael Jordan have scored after an incredible 51-point performance against Charlotte? – Yes, he owned Hornets in his playing days – Next game? New Jersey Nets couldn’t pick their poison. They got Michael Jordan 48 hours after he scored 51. And Kenyon Martin was saying, “Maybe his legs will be a little tired after 51 point game.” Jordan probably read the newspapers before the tip-off.

And a classic performance to remember, 45 points against the best team in the East, and nearly setting an NBA record for consecutive points. Jordan made 16 of 32 shots, 12 of 13 free throws, 10 rebounds, and seven assists as Wizards beat Nets 98-76.

Michael scored 22 consecutive points, the last 10 of the first half and the first 12 of the third quarter, single-handedly accounting for a 19-3 run that put Washington 56-45.

22 point streak was one shy of the league record at that time, set by the young Michael Jordan against Atlanta in 1987.

Jordan toyed every defender who guarded him, from Kenyon Martin to Richard Jefferson to Keith Van Horn, and even arched a running 16-foot jumper over 7-foot center Todd MacCulloch. The last basket of 22 streak as a spin move around Kenyon Martin that left the defender flat-footed and the crowd gasping.