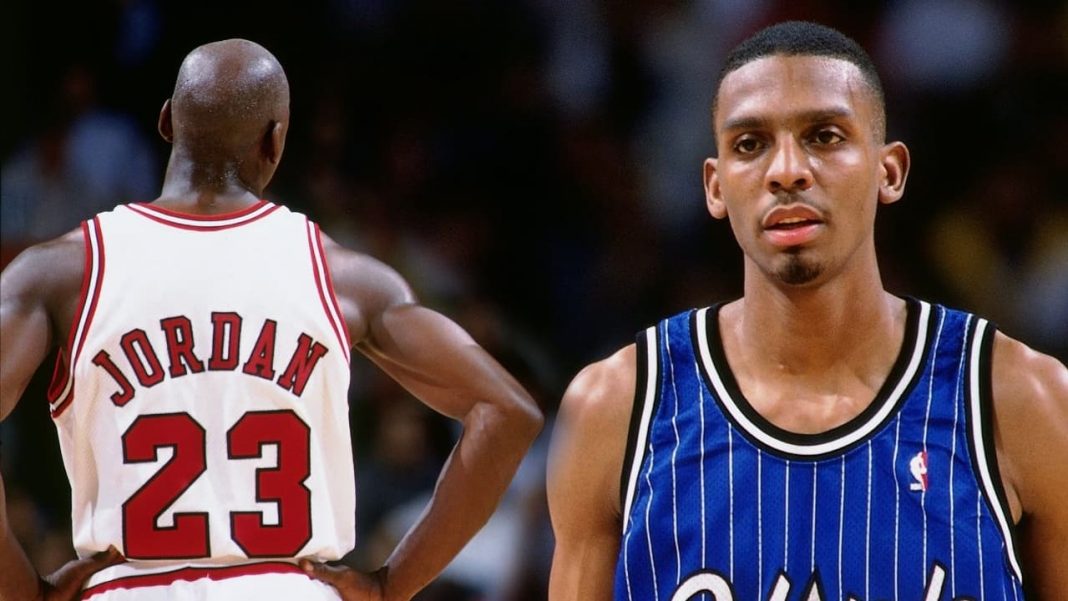 Michael Jordan is the true sneaker king. Since his retirement in 2003, the Billion Dollar Man has possessed four pairs of every Air Jordan sneaker made in his personal collection. Jordan carried two pairs of shoes in every Bulls game throughout his career and never wore someone’s shoes except Orlando Magic guard Penny Hardaway. From rule changing game to rule-breaking game, Jordan definitely had a sense of adaptation period in his first comeback year.

Jordan made big changes during the Orlando series. First, he donned his old No.23 instead of 45 in Game 2. The league office fined Chicago Bulls $25,000 for letting him forbidden number switch and declared that there would be further penalties if the incident repeated again. MJ had worn 45 since he returned to the NBA, surprised the whole world already with his baseball number. Even though he was a Michael Jordan fan, David Stern wanted to put rules into effect. Rule was that the players could change to any number they like at the beginning of the season.

After two games in the Air Jordan Concords, Jordan wanted to change his shoes for game 3. Because of a similar scenario to number switching, Jordan, who didn’t follow the rules, was fined with $5,000 fine by the league office for wearing white shoes, which violated the league guidelines by not being in line with Bulls jerseys or footwear. So before Game 3, Jordan had a decision to make. Instead of famous Concords, he wore a Penny Hardaway special – later Air Max Penny – Nike Air Flight Ones. It was the only sneaker MJ ever wore that wasn’t his own. Jordan wore them in one case. He wanted Penny’s “1 Cent” mark to be removed on the heel tabs.

He called me ‘Kid.’ Michael expressed to a lot of people that he had the utmost respect for my game… and kind of deemed me the next kid coming up in the league. He’s Michael Jordan. He was the man. He didn’t ask me for them. He just told Nike to give them to him. He said, ‘Hey, man, give me some of the kid’s shoes.’ I thought, Of course. How many pairs do you need? Do you need mine? It was like, ‘That’s Michael Jordan … wearing MY shoes.’