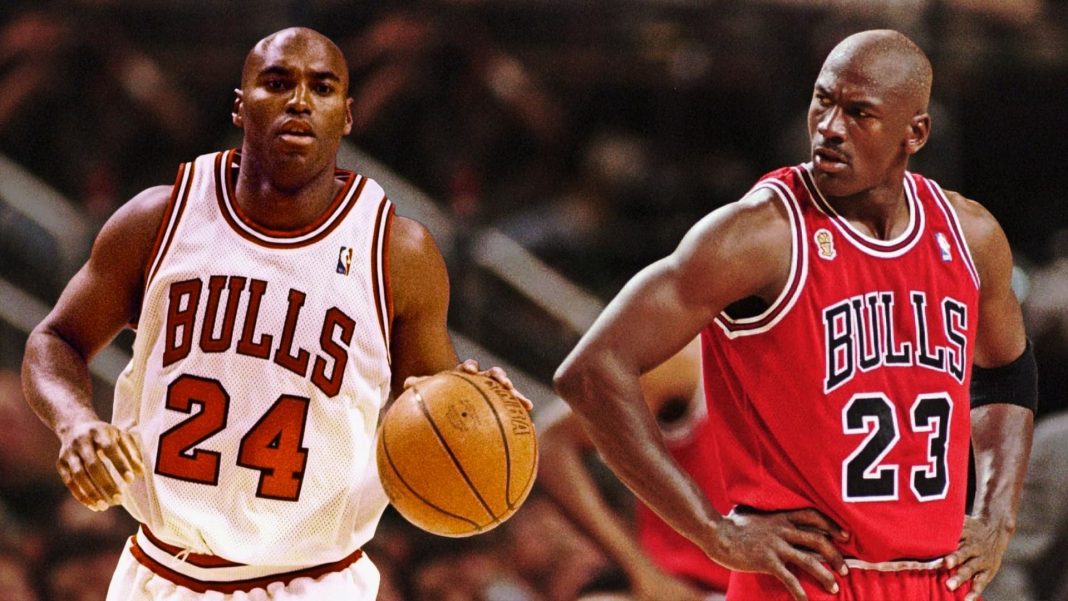 Jason Hehir’s “The Last Dance” documentary is screening the Michael Jordan phenomenon and Chicago Bulls 1997/1998 title run. The fans are about to see raw, homicidally competitive Michael Jordan in practices or how he elevated his teammates’ game and, sometimes, how he crushed them. Even in practice sessions, Jordan was a brutal and super competitive teammate that could run players out of the NBA.

During one of those competitive and ruthless Bulls practices, Scott Burrell, who joined Bulls in the Last Dance season, almost beat Jordan 1-on-1 and asked to play again. It was enough to switch Michael on because Burrell was the newcomer, and he didn’t deserve to talk trash or make a decision.

No one ever wanted or dared to play Jordan 1-on-1. But Burrell poked the bear and kept insisting on it. He kept picking Michael to play 1-on-1. One day he had his chance, and he got within a point, but Jordan won the game eventually.

After the defeat, Burrell wanted to play again. Steve Kerr told him in practice that how stupid Burell’s insistence was. Jordan looked at Burrell and verbally attacked, “I’m sure you do want to play again. You want to tell your grandkids that you beat Michael Jordan. What the hell am I going to tell my grandkids? That I beat Scott Burrell?”

Jordan and Pippen broke Burrell down through sarcasm, then challenged him to pull himself back up. MJ called him as “the pet project” – He worked with Jordan all year, verbally and physically – Michael tried to make Burrell a better player because he always motivated himself to win a championship for his new teammates who never won.

Burrell joined Bulls from Warriors in ’97. He spent the 97/98 season coming off the bench for Jordan and small forward Scottie Pippen. The tough defense he played and three-point shooting were his strengths. Jordan took Burrell under his wings and taught him how to fly.