Home NBA When Michael Jordan Wore No.12 Jersey Instead Of 23 In The NBA 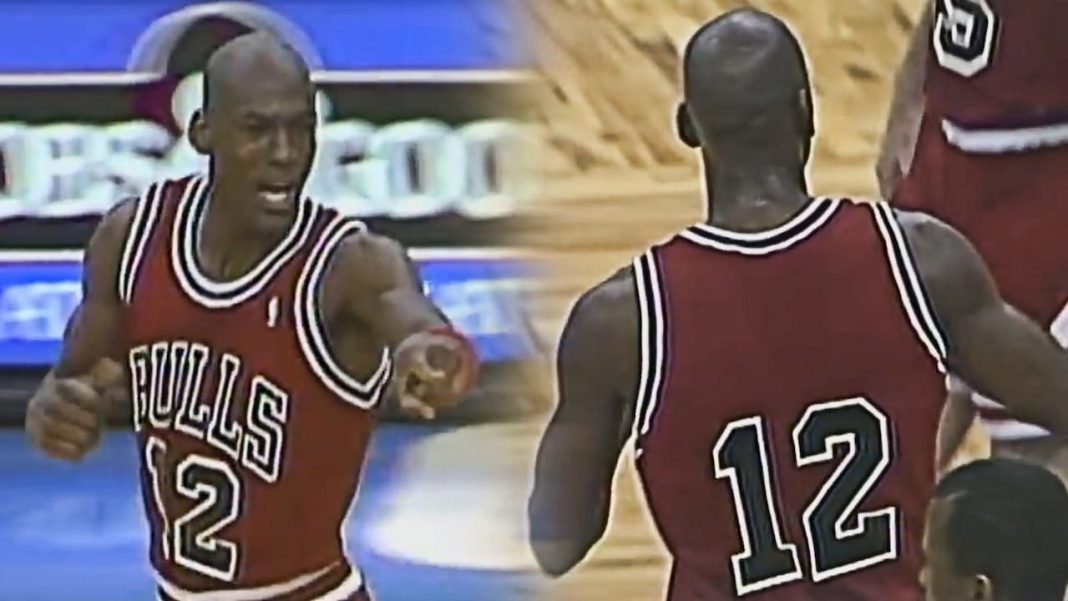 Less than an hour before the game, Michael Jordan’s uniform disappeared from Bulls locker-room on a Wednesday night in Orlando. Helpless Jordan saw a 12-year-old kid in the stands wearing a No. 23 Chicago Bulls jersey—it was too small—and he tried to borrow the jersey before the tip-off.

The arena personnel searched everywhere. But his original game jersey and the backup jersey were gone. Therefore, MJ urged to wear No. 12 jersey for the whole game.

Bulls announcer Johnny Red Kerr said, “Now when Michael Jordan is through, they will have to retire two jerseys, the 12 and the 23.”

A fun unknown fact about this stolen jersey game, Jordan wore number twelve that worn by Dominic Pressley a year before, his teammate. And the best No. 12 guy for the Bulls was Ronnie Lester who played for Chicago between 1980-1984.

Mad Michael Jordan scored 49 points and the game went overtime. However, Magic was victorious with a team record 135 points. MJ used to give post-game interviews in calm. But this time he annoyed with everything about Orlando Magic.

Besides the stolen jersey, Michael ran out of gas at the end of the game. He couldn’t apply the killer instinct. Otherwise, the Bulls would’ve finished the game in 3rd quarter when they had a five-point advantage.