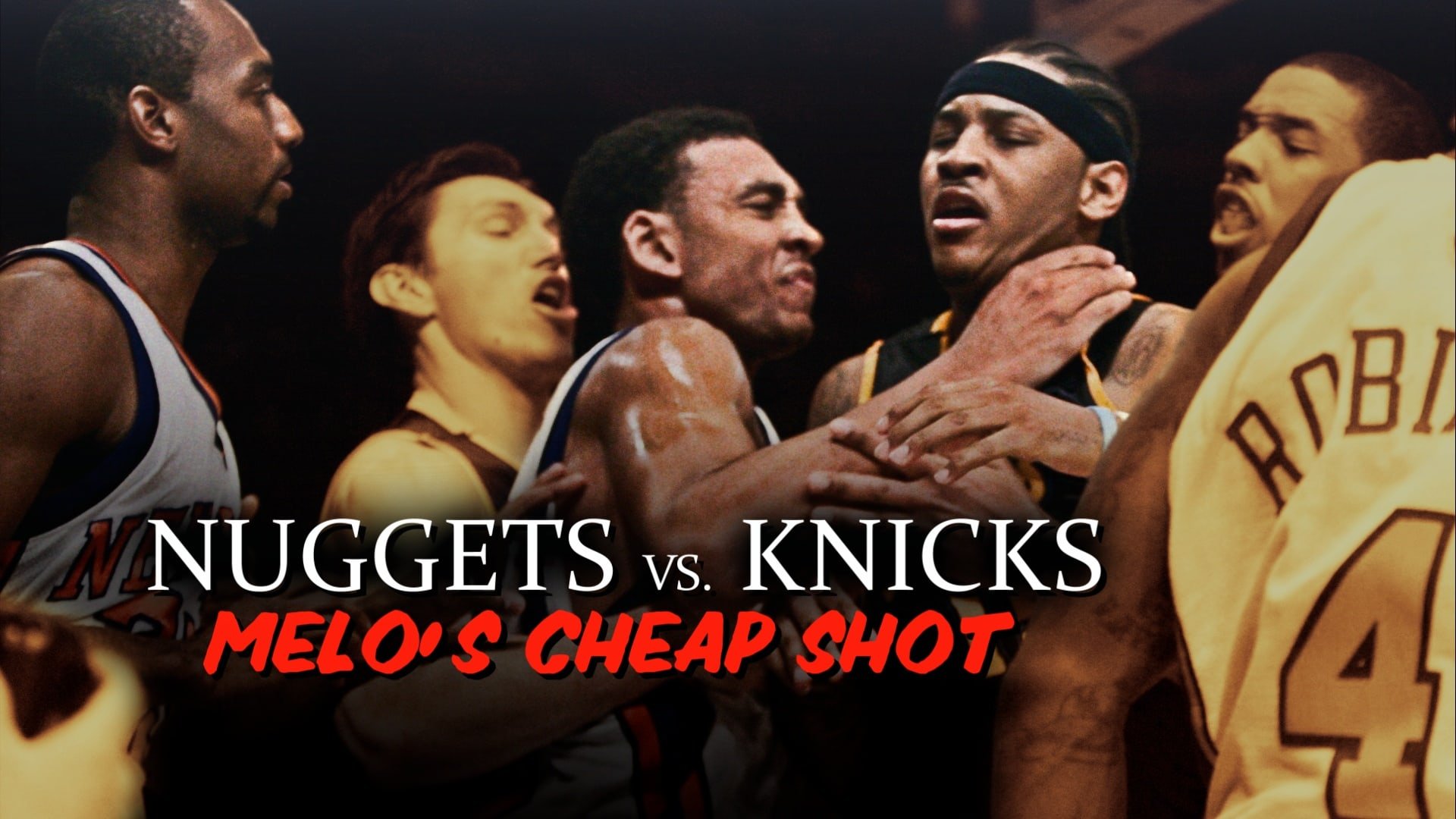 Revisiting Nuggets vs. Knicks brawl on December 16, 2006: It’s home of the NBA headquarters. It’s in New York. The last major incident in the NBA. It was two years after the infamous, berserk event called “Malice In The Palace,” which cost some major changes around the league. [NBA suspended Pacers Ron Artest for 73 games, Stephen Jackson for 30, and Jermaine O’Neal for 25, later reduced on appeal to 15 games.]

There’s 1 minute 20 seconds left in the 4th quarter, and the scoreboard shows that Nuggets 119 – Knicks 100. The game was out of’ hand, but surprisingly the starters Carmelo Anthony, J.R. Smith, Andre Miller, and Marcus Camby were still playing. It looked like they wanted to damage the poor Knicks even more. I’ve no idea what George Karl was thinking, or maybe he was not focused on the game. The situation turned Knicks head coach Isiah Thomas and the players to become mad.

Knicks were struggling that season. They were 9-17. Stephon Marbury was their star player, and their 2nd guy was Eddie Curry and Jamal Crawford, depending on the situation. They also had flashy sophomore Nate Robinson to amaze the crowd, but that doesn’t change the fact that with the help of the management and the bad coaching, The New York Knicks sucked in the ’00s.

THINS ARE GETTING HEATED

A minute earlier from the fight, J.R. Smith had just made one dunk when he reversed and spun in the air. And I think Mardy Collins didn’t want the home crowd to see that again. If the Knicks were up 20 points, They’d not going to play Stephon and Eddy Curry. It was like a slap in the face, saying we’re going to embarrass you like that.

Isiah Thomas told his team to “take out” anybody else that drives to the basket. With 1:15 left in the game, the same fastbreak situation happened, and as JR Smith went for a layup, Collins grabbed J.R. around the neck with both hands that ended up as a flagrant foul.

JR Smith got up and jawed with Collins, and Nate Robinson jumped in to yell at Smith to back his teammate up. Then Carmelo Anthony entered the scuffle and rushed in and pushed Robinson in the neck. Both Robinson and JR Smith jumped into the crowd while trying to punch each other. But they were pulled back onto the court. It looked like the fight was over.

Just when you thought everything was over, Carmelo Anthony was triggering the roughest moment of all. He sucker-punched Mardy Collins and started to run back towards the center of the court ridiculously.

Carmelo turned Knicks’ Jared Jeffries mad, and he ran from the baseline toward Melo but was tackled by a Denver player. The brawl stretched to the other end of the court toward the Nuggets’ bench before coaches and security finally pulled Smith away and restored order. Once the order was restored, the referees ejected all ten players on the floor.

Zeke was telling his players to take down Nuggets starters who were still at the court disrespectfully. And George Karl was not taking them out if the score to get under 10 points.

As a result of the brawl, NBA scoring leader Carmelo Anthony has suspended 15 games. The penalties were without pay, costing Anthony about $641,000 in salary. JR Smith and Nate Robinson were suspended ten each, Collins 6, Jared Jeffries 4, and 2 players have suspended a single game for leaving the bench. Both organizations were also fined half a million dollars.

Commissioner David Stern said: “We have set up the goal of eliminating fighting from our game. We haven’t eliminated it completely,” Nuggets vs. Knicks brawl was the NBA’s scariest scene since the brawl between Indiana Pacers players and Detroit Pistons fans two years ago. The league was still recovering from that episode, and Stern made it clear the players needed to control themselves — or else.

Melo was starred as a captain on the U.S. team at the world championships that summer and had been getting more marketing opportunities as one of the league’s brightest young stars.

I think Nuggets vs. Knicks brawl cursed New York Knicks still this day. They never had real success with Melo, and their owner is James Dolan, so may God help New York basketball fans.

You might like these stories: YAO MING Blocks SHAQ’s First 3 Shots Then O’NEAL Gets Angry In The First Meeting , Angriest Larry Bird Ever: Fighting With Bill Laimbeer And Dennis Rodman