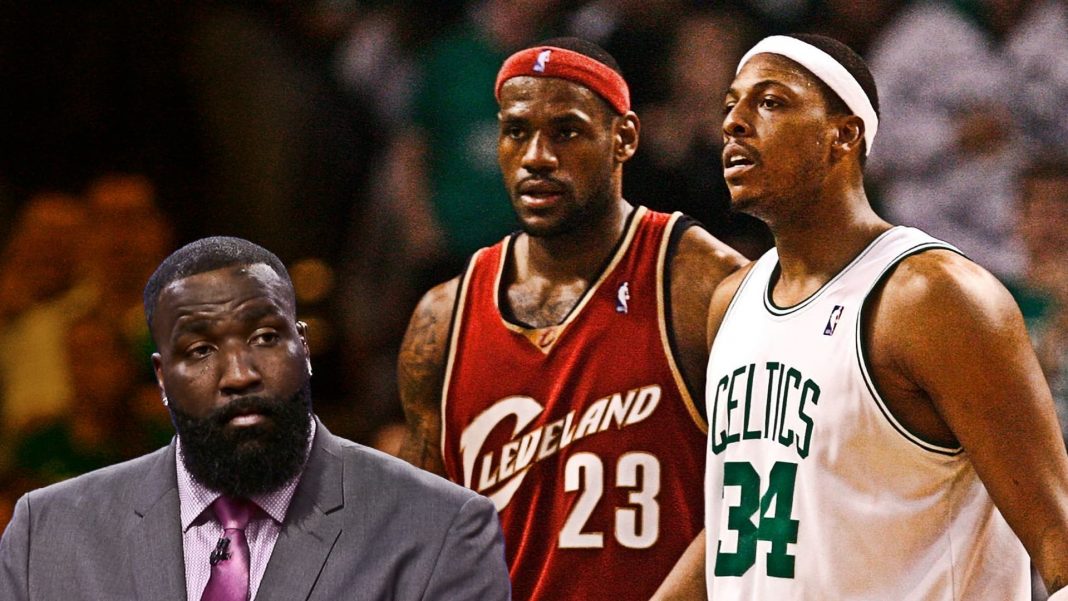 Recently, various experts have been composing lists of the top 10 greatest basketball players of all-time. Now, any “expert” who has not played a single minute of NBA basketball can give you a list of the players they think are top ten, and many readers can say, “this guy don’t know S—T!!!” or “This list could be better”. But when you hear or read a list from a guy who not only played in the NBA but played against some of the greats, you expect the list to be pretty accurate.

Paul Pierce is regarded as one of the best scorers and forwards of his era and has accomplished feats that many greats have not, such as win an NBA title, earn Finals MVP, and be the all-time leader in points for the respective franchise that they played for. Pierce had an illustrious career there’s no doubt about that. But when it comes to being an analyst, Pierce has let his personal bias kick in more than a few times. Besides him picking the Celtics to win just about every playoff series, Pierce also claimed that Dwyane Wade did not have a better NBA career than him. Although the numbers and accolades (3 rings to 1) prove Pierce wrong, he did not back down and even doubled down by saying that if he played with a guy like Shaq or LeBron James he would be sitting pretty with 5 or 6 rings. The twitter world has made Pierce their punching bag when it comes to his hot takes.

Pierce did not stop at that, when it came to ranking the top 5 players of all-time, Paul had an interesting twist on his list. The former Celtic ranked Jordan 1, Kareem 2, Bill Russell 3, Magic Johnson 4, and Kobe Bryant 5. Does this list feel empty to you? Doesn’t feel like somebody is missing off this list? Or somebody might be ranked too high? Ah, yes that’s right, Paul Pierce’s list does not include LeBron James. Now I’m not going to stand here and say LeBron is the greatest to ever do it. However, any list without LeBron in the top 5 should be revoked.

It’s evident that Pierce has a personal issue with LeBron James to the point where he is discrediting his game. According to Kendrick Perkins on ESPN’s “Hoop Streams” Pierce’s long running feud with LeBron started in 2003 in a pre-season game. Perkins explained the noise LeBron was hearing before the game with all his surrounding hype, Pierce scoffed at the fact that LeBron was known as “The Chosen One”, He proceeded to talk smack to the Cavs bench during that game. “We were playing in Columbus, Ohio my rookie season… Paul is talking big noise to the Cavs bench, so Paul actually SPITS over at the bench, the ultimate disrespect. Ever since that moment, LeBron James and Paul Pierce hate each other.” Wow, I couldn’t believe it when hearing this from Perk, you actually spat over at the Cavs bench. I understand that Pierce was trying to intimidate LeBron, but you can’t go out purely disrespect the guy. Perkins was Pierce’s teammate and has had his back from day 1, however the amount of disrespect Paul put on LeBron even had Kendrick shook. “I think Paul’s list is more personal, there’s no way in hell you can say LeBron is not top 5, you may not have him as your GOAT, but you can’t say he’s not top 5.” I completely agree with you Kendrick. Even the greatest of all time to most, Michael Jordan, who still has a bitter beef with Isiah Thomas did not use bias to rank him behind Magic Johnson as the 2nd greatest point guard who has ever played. Isn’t it ironic that the truth has actually hurt Paul’s feelings?

Where do you guys think LeBron falls in the All-Time list? Was Paul Pierce in the complete wrong?