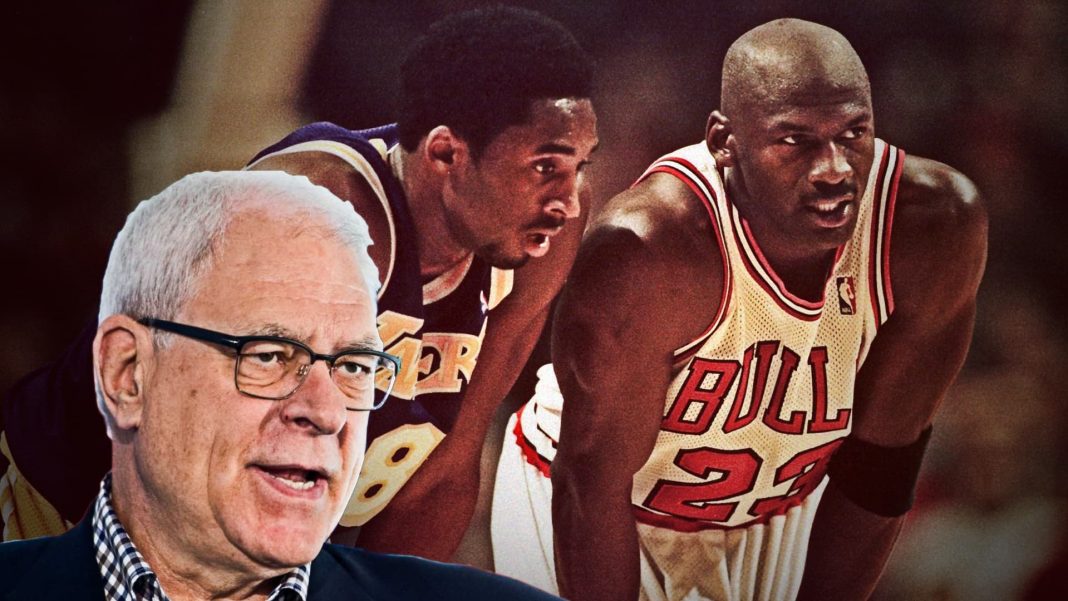 The footwork, the fade away, the swagger, the flare, the fire, the killer instinct, the intensity on both ends of the floor, no matter how you slice it, the eerie yet mirror-like similarities between Michael Jordan and Kobe Bryant will forever live on.

The GOAT and the Mamba both possessed a work ethic that is second to none. Both psychotic in their own right, pushing themselves to every brink of exhaustion until the job or task ahead was complete. The task at hand? Not just to win games, but to win championships.

Both were fine-tuned machines who can operate almost surgeon like on the court, with precise footwork, dribble-drive moves, and pump fakes that would have opponents gasping and begging for help.

MJ and KB were cut from the same cloth, both dominated their eras respectively. Michael being the alpha dog of the 90’s winning 6 titles in 8 years, and never losing in the big stage. Bryant, on the other hand, did lose two finals, but appeared the in Finals 7 times in the 2000s, winning 5 of them.

But there has to be a catch right? Many such as Jalen Rose have made a comparison to a song on the Billboard Charts. In an ESPN interview on Kobe’s 81 point game Rose went on to say, “If Michael Jordan is the Original, Kobe Bryant is the Remix” Nothing will ever replace the OG, but the remix is just as good and to a few, better than the original cut.

Despite all the comparisons and talk between the two Legends from the teammates, fans, and analysts. There is one man who can pick apart the true differences. Coach Phil Jackson was fortunate enough to not only coach both but to win 11 championships with them both. Jackson saw the good, the bad, and the ugly. The days when both Kobe and Jordan were flat out the most unstoppable forces in the NBA, and the days when both had gotten into it with their squads. Jackson saw the scoring outbursts from a hot-handed Kobe Bryant and a showcase of dunks and crazy finishes at the rim from a High-Flying, Sky-Walking Michael “Air” Jordan.

In his books, the Zen Master (Jackson) explained the main differences between Jordan and Bryant. The polarity of Jordan and Kobe starts with handling coaching. Both did have great respect for their head coach, but as Phil said, “With Michael, it was let’s do this; with Kobe, it was I want you to do this”. Phil described the relationship with Jordan as a brother. Phil joined the Bulls when Michael was 27 years old, in his peak, and was already an established Superstar. With Kobe, it was more of a Father-Son relationship. Phil was molding and shaping a rising star, 21-year old Mamba. Jackson also mentioned that Kobe’s game needed to be tweaked just a bit, he had the skill set, but just needed slight refining.

Athletic ability and Skill was another difference between the two. Jordan gets the nod when it comes to being a better natural athlete, He Jumped higher, hung in the air longer, and was stronger. But when it comes to skills, Bryant had the advantage. Once Kobe worked on his overall game, Jackson gave Bryant the praise on being able to tune his game to have nearly no weaknesses, which included more range, ball-handling, passing, and the ability to make tougher contested shots on double-teams.

Now if Kobe was the more skillful player according to Phil, Jordan was the better leader. Both had the same mentality. Kill or be killed, hunt or be hunted, everyone needed to be on the same mental level as the two monsters. But Jordan could rally his team better than Kobe could. Jackson went on to say he (Jordan) had more of a grasp of the locker room when things were starting to go south.

Remember Kobe in his first three championships, he was sharing the spotlight with Shaq, which essentially created a somewhat awkward 1A vs 1B situation. Phil said it best, “Kobe had a lot to go to make that claim. He talked a good game, but he’d yet to experience the cold truth of leadership in his bones, as Michael had.”

Both can put the ball in the bucket, both lit up teams, but in a different fashion. Kobe would torch teams and do it for the history, to have his name up there with guys like Wilt Chamberlain and Elgin Baylor. Kobe did it because he had to as well, when your running mates are Chris Mihm, Smush Parker, and Kwame Brown, 40-60 or even an 81-point night are usually common in order to win or even stay in the game. Jordan took games to the heart, took it personal, he would want to drop 30,40,50 points just because the guy on the opposing team didn’t tell him “Good Luck Mike” he was that maniacal. Jordan just wanted to demoralize opponents who even tried getting in his way of winning.

Another difference was the ‘mits. Jackson described Jordan’s ball control and movement with his hands a huge advantage. MJ had bigger hands than Kobe, which Jackson mentioned in each of his books, “He Had these incredible hands, and those hands were Million-Dollar Hands.”

Both legends were amazing, two of the most feared and respected players the NBA has ever seen. Jordan inspired Kobe. Kobe was the Carbon Copy of MJ. Each had their unique yet similar style on how they would approach obstacles, both methodical. Although Jordan did have the edge on Kobe in certain categories, you can’t ever rule out the Mamba.