HomeNBARay Allen was more than a 3-point shooter. He was an elite...
NBA 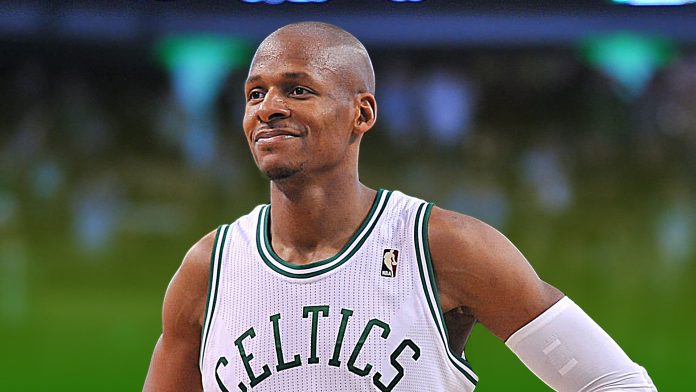 If prime Ray Allen had gotten to play in a bigger market – instead of Milwaukee and Seattle – we’d be talking about him more than just being a great 3-point shooter. Unfortunately, people have a terrible memory. They remember you as what you did last. Before Ray became the deadly pure shooter people know him as today, he was your typical athletic, well-rounded shooting guard with a versatile offensive arsenal. Along with Kobe Bryant, Allen Iverson, Vince Carter, and Tracy McGrady, he was among the elite young two-guards of the millennium era. It’s a shame no one seems to remember this. According to Dwyane Wade, Ray Allen slammed a game-winner dunk over him in a pickup game during Wade’s Marquette days. Many people don’t know that Ray Allen was in the dunk contest the year (Cleveland All-Star Weekend 1997) Kobe won it. Ray was known as the greatest shooter, but he was also athletic and could drive to the paint, which made him one of the most difficult players to guard during his prime.

His team role changed when he signed with Boston Celtics. The primary focus was moving without the ball and shooting it perfectly, flawlessly. He no longer needed to be the do-everything because he had teammates like Rajon Rondo, Paul Pierce, and Kevin Garnett.

Speaking of his shooting, though, it’s impressive enough that he made difficult shots look easy, but it’s more impressive that most of his clutch shots didn’t even touch the rim. He, like a machine, always kept his shooting form perfect. Comparing his shooting form with today’s players such as Stephen Curry, Klay Thompson, or Damian Lillard, you can see significant differences. His shot looked flatter and his set point was higher. He used his shoulder less for power, he jumped higher, and he used two movements instead of one (Curry does). Shooters today use less jumping and have a lower set point, which uses less energy, and long distance.