HomeNBARicky Davis Had the Most Embarrassing Triple-Double in NBA
NBA

Ricky Davis Had the Most Embarrassing Triple-Double in NBA 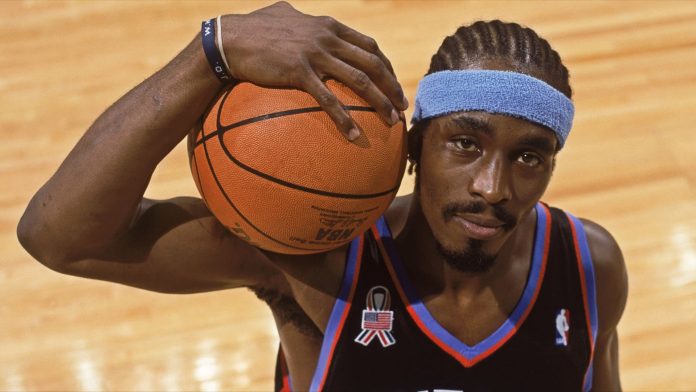 March 2003. Ricky Davis was trying to embarrass Utah Jazz but this was not schoolyard basketball. Cleveland Cavaliers’ guard wanted to award himself with a triple-double by shooting at the wrong basket, leaving everyone in confusion. First, Utah scored with Scott Padgett, six seconds left, Davis took an inbound pass and shot at the wrong basket to get his rebound stat. DeShawn Stevenson fouled Davis before the attempt and whistled for a foul. Davis made those two free throws.

Utah Jazz got beat badly and someone (DeShawn Stevenson) had to go out there and foul him hard. Ricky Davis was willing to shoot at his own basket to get the triple-double, upset Utah Jazz coach Jerry Sloan. He had 28 points, 12 assists, and missed triple-double with one rebound as Cavs beat Jazz 122-95.

Jerry Sloan called it “idiotic behavior” and Ricky Davis embarrassed himself. Cavs players yelled out that Davis needed one more rebound. He even forced his own team to distance him. Needing one more rebound to go with 28-12-10, missing intentionally a shot at the final seconds, hoping officials would credit him with a rebound off the miss. That’s insanity. But rule 5, section 1 stated, “It is a violation for a player to attempt a field goal at an opponent’s basket.” Davis did miss and grabbed the basketball before DeShawn Stevenson fouled him, Gund Arena’s official scorer did not give Davis the rebound.

He wanted to do something daring and silly to get it. Rick Davis later said he would not do it again.

Before his Cavs years, both Charlotte Hornets and Miami Heat gave up on Ricky Davis because of his immaturity. Appropriately, the Cavs fined him for his act. Cleveland had a bad team already and they didn’t want any more embarrassment that season.

Don’t forget that Ricky Davis was a spectacular talent, especially in his freshman year at Iowa. He was super athletic and he could score the basket like a “real scorer.”

Davis dunk reel is underrated just because he posterized Hall of Famer Steve Nash and he once missed the Eastbay dunk and then followed with the windmill.