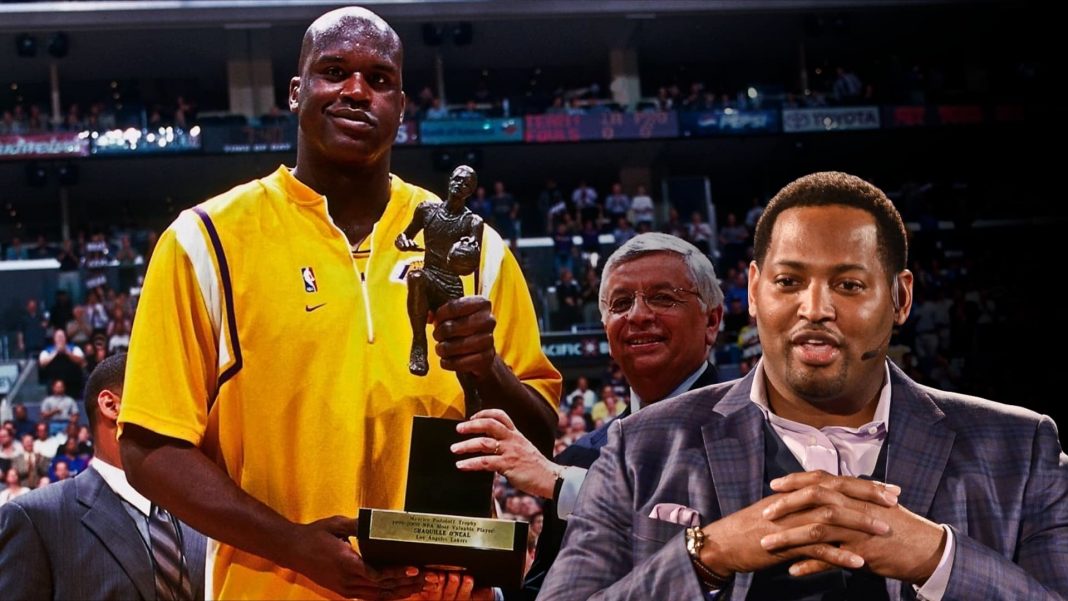 The seven-time NBA champion Robert Horry sat down with Knuckle Heads (Quentin Richardson and Darius Miles) to talk about his glorious career. He chimed in how he made big shots in the most critical stretch of playoff games and his Laker years, playing alongside Shaq and Kobe, and the threepeat between 2000-2002.

Darius Miles asked Horry how dominant Shaq was in his heyday. In 2000, Staples Center was just built. Lakers were moved from LA Forum, Phil Jackson signed as the head coach, Kobe was emerging as a superstar, and most importantly, O’Neal was on his unstoppable MVP run.

We just shut down the Forum [LA Forum.] The Spurs had beat us. And those guys were, “O.K. What’s gonna’ happen?” Phil’s coming in. So Shaq had his shape.

If you look at some of the pictures of Shaq, he even ripped a little bit. He got some little rips in his arms. And that was the first time I said, “Now that Diesel Tattoo represents you very well. Cause you diesel up in this joint.”

Shaq’s MVP season was one for the books. He promised Phil Jackson to play all 48-minutes to match Wilt Chamberlain; however, he couldn’t make it, but he played a lot of minutes. O’Neal’s stats were pretty impressive that year: