Home NBA Rookie Tim Duncan And Dennis Rodman Once Had A Rebounding Duel In... 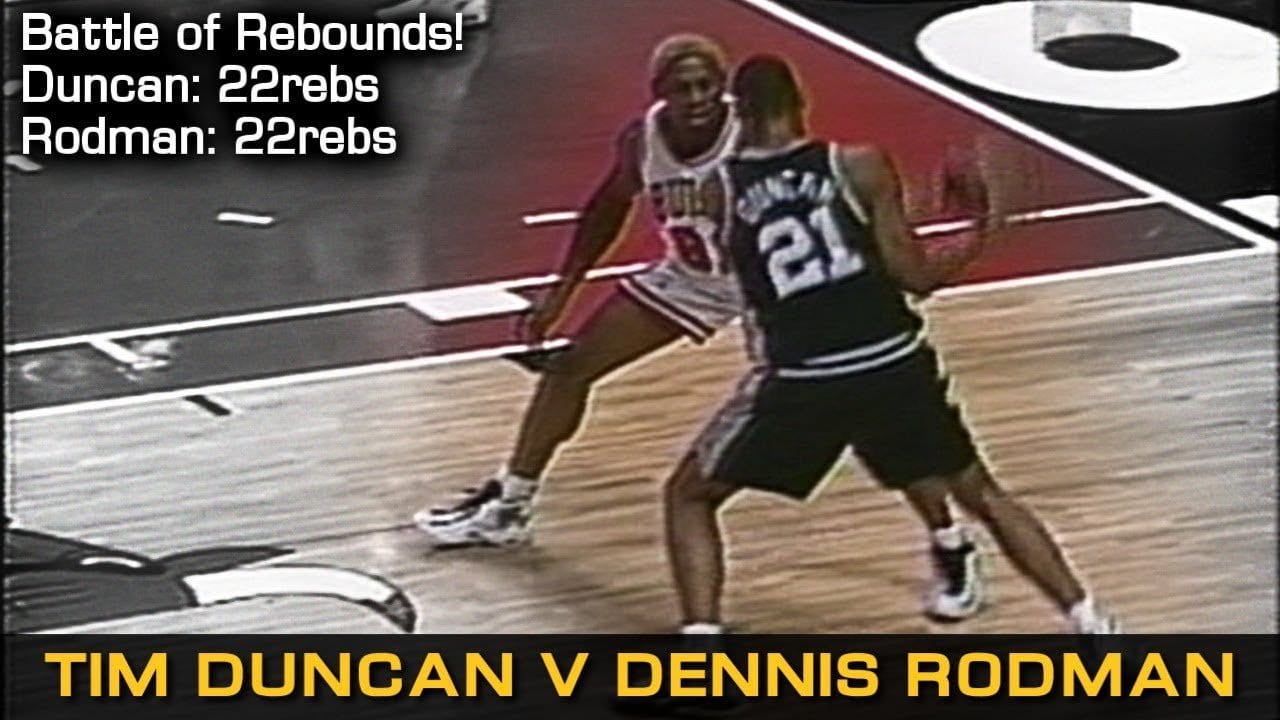 Rookie Tim Duncan And Dennis Rodman Once Had A Rebounding Duel In NBA:

Tim Duncan in his 3rd NBA game, facing Michael Jordan and Chicago Bulls but he puts an amazing rebounding performance against World Champions. Dueling with the king of rebounds Dennis Rodman who has 10 offensive, 12 defensive 22 total of rebounds, Duncan matches the same number with 6 offensive and 16 defensive rebounds and also scoring 19 points for the Spurs in a double-overtime game. The future is bright for Timmy.

Duncan Was Not Big Fan Of MJ

Timmy was meeting Jordan for the first time. It was just his 3rd regular-season game. And he was not in awe with him: “I’m just somebody that isn’t that impressed by him. There really isn’t anybody in the world that I’m impressed with.” He also said he’s not a big fan of him because everyone was looking at him.

The game had everything. But we could never be sure about how great Tim Duncan was about to become. 5x time champion, All-NBAs, MVPs what a career. The man became the number 1 in his 2nd NBA season to beat New York Knicks in ’99 Finals.

Rodman also did hard fouls and set picks on David Robinson who’s a teammate of him during 1993-1995. Admiral was not happy with Dennis being around and he thought that Spurs can’t win with this guy, he thought Rodman was crazy. So Rodman joined the Bulls and started winning. And every time Worm met Spurs, he always thought he has to prove something. Dennis always had great games against Spurs and did all these antics against his ex-teammate David Robinson. He was like: “Look! I’m here and I’m winning. Look at your team now.”

Tim Duncan and Dennis Rodman only met 2 times on the court. Dennis had 2 good years left in the tank. The Admiral won 2 NBA championships late in his career. Tim Duncan silently dominated the league and retired in 2016 while Rodman was 55 and Robinson was 52 years old. They put Kobe’s name as the best of his era but Duncan was the one who killed it. Timmy D was the main man, silent but the best.