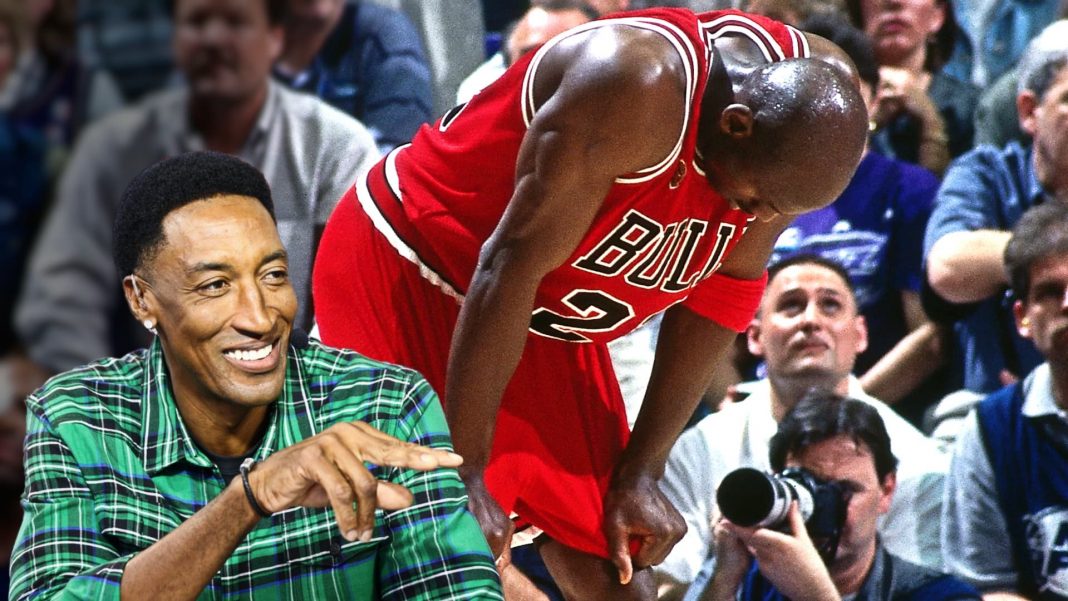 Basketball world reminiscing the “Flu Game” on social media this week. Staggered, dehydrated, and exhausted Michael Jordan, willing himself to score 38 points against Utah Jazz in a pivotal game, and adding another chapter to his legend of being a clutch performer and a relentless competitor.

While the fans remembering that night, Scottie Pippen posted the legendary photo of himself carrying Michael Jordan on the floor, including a “TBT” hashtag, and sick-shrug-pizza emojis. Ironically, this year is the 23rd anniversary of the Flu Game that Jordan played through flu-like symptoms during Game 5 of the 1997 NBA Finals. MJ credited his symptoms as food poisoning from pizza in Last Dance documentary series.

What is he trying to say? Is he throwing shade at Jordan after being so angry at the Last Dance Documentary? He was definitely throwing shades at MJ. He’s “So Angry” at Last Dance series because documentary showed him demanding a trade in 1997 and the sitting on the bench incident in 1994 Playoffs. Just check out what Scottie Pippen recently said:

“Kobe Bryant strived so hard to be Michael Jordan. When I go back, and I look at his videos, and I say to myself, ‘Damn he was better than Michael Jordan.'” (May 2020)

“He might never catch him in terms of MVP. But in terms of statistics, LeBron James is right there…Not just scoring, check his assists, check his rebounds. He’s probably here to Jordan.” (April 2020)

It’s a Pizza Game, not a Flu Game anymore.