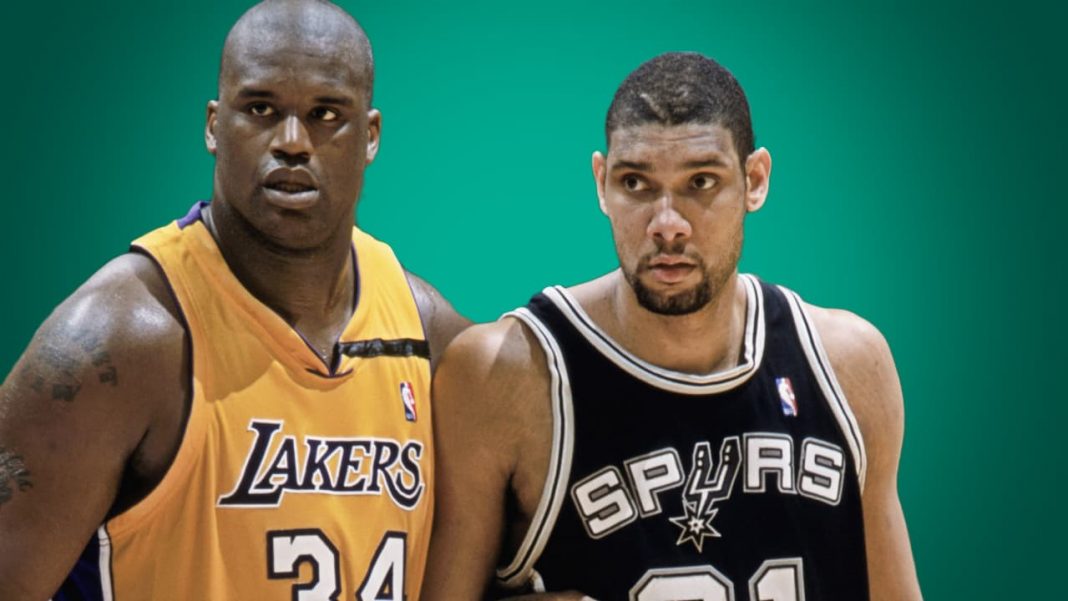 In the latest episode of NBA TV’s Storytime with Shaq, Ro Parrish asked Shaq to make a start, bench, cut selection between – No.1 draft picks from the 1990s – Allen Iverson, Chris Webber, and Tim Duncan. He decided to start Iverson, bench Webber and cut Duncan. Either he hyped up Chris Webber because they’re working together in the same TV Network or he disrespected Timmy D blatantly.

“Fundamental is one of those players he’s got a lot but he has a lot of bodyguards too. C-Webb [Chris Webber] didn’t have a lot of bodyguards. Like, imagine Tim [Tim Duncan] on a regular team. Would he be Tim Duncan? C-Webb has some sh*t. Imagine if you put C Webb on that Spurs team tell me what you got.”

Duncan is clearly the most disrespected NBA superstar of his era. He never gets the same recognition as Kobe Bryant or Shaquille O’Neal but didn’t he beat them? Didn’t he win two MVPs over these two gentlemen? It was the little things that made Duncan special. Offensively, he could destroy you on the low-post. He could run the perfect pick and rolls with below-average guards. He could definitely bank that famous 15-footer off the glass. He protected the rim, crashed the glass and his defense was as good as anybody in the league. He carried himself like a big brother aside to his teammates. The Spurs always had the best chemistry thanks to Duncan and Popovich.

Since 1997, you never heard Duncan calling out teammates, crying, asking for a trade or complaining about money. He didn’t give himself a nickname. People found out Duncan boring because he was not a polarizing figure and he didn’t have cool endorsements and commercials like other superstars had. When was winning boring anyway? Spurs won 70 pct. of the games Duncan played. Never missed playoffs, never won lesser than 50 games.

So, is he the most disrespected player of time? Yes. The truth is that he was greater than Kobe Bryant, greater than Shaq, Garnett, Nowitzki, greater than anyone who played against in his era.

Gregg Popovich is the finest person who can describe Tim Duncan and he says, “He’s the most real, consistent, true person I’ve ever met in my life.” When Spurs drafted Duncan, he made a phone conversation with Pop and told him straight up, “Pop all I hear since I drafted is that you’re going to trade me. Is that correct?”. Well, Tim Duncan started and ended his NBA career at San Antonio. What a ride that was!