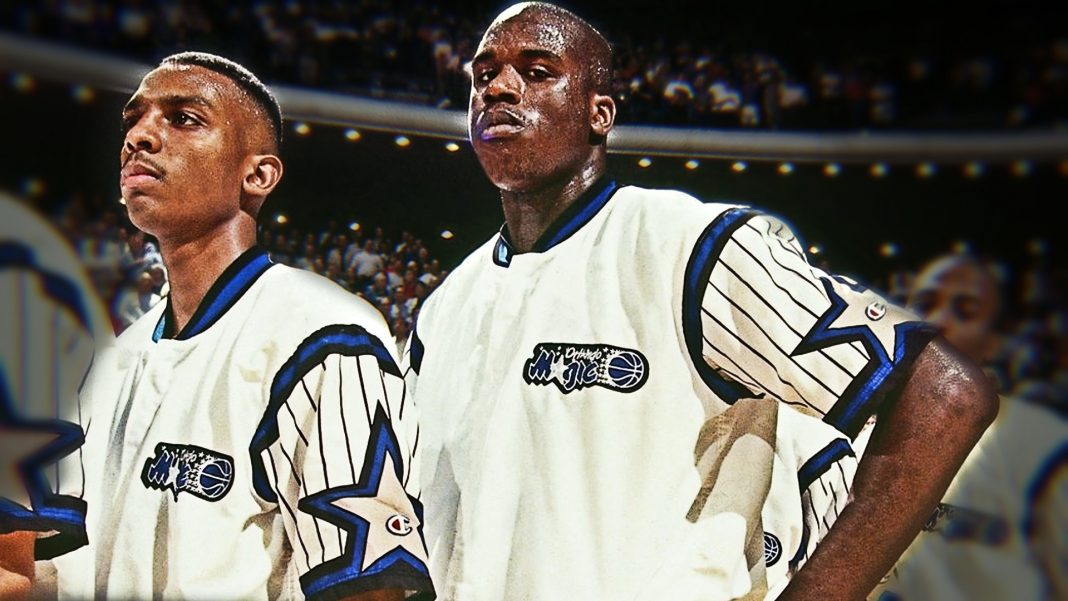 It was Shaquille O’Neal’s movie debut, aka Neon Bodeaux. He was portraying a New Orleans basketball talent who is the only one of three to refuse hush-hush money and gifts. And Penny Hardaway, “the actor”, was an Indiana University graduate who plays basketball in Europe.

O’Neal met Penny Hardaway on the set of Blue Chips. He thought Penny was an actor with some hoop skills. But later on, he found out that he was an NBA prospect. Shaq was so impressed by Penny Hardaway’s basketball skills that he encouraged the Orlando Magic front office to draft him as the 1st pick.

“I’m the type that I don’t care about no other players. I don’t even look at them. I know what I gotta do, I know the money I’mma get. Never knew who Penny Hardaway was. ‘Cause I’m doing what I’m doing. We playing, and they keep putting us on the same team. I’m like, ‘Man, this actor, he cold.’ Then finally somebody says, ‘Man, that’s Penny Hardaway, man.’ And I said ‘Who the f–k is Penny Hardaway?’ Say, ‘Man, he probably gonna be the third pick.’ So, I went to the office, John Gabriel. And I said, ‘John, the draft is coming up. Scott Skiles was cool, but I’m envisioning the next Magic and Kareem. It’s a guy named Penny Hardaway, I’ve been with him all summer. If you don’t draft him, I’mma be looking to do something else, when my deal is up.’ And I walked away.”

Shaq says he tore his house up—because he felt he was disrespected—when he heard Orlando Magic drafted Chris Webber as the first overall pick ahead of Anfernee “Penny” Hardaway. Then Magic front office made a deal with Warriors to acquire Penny, including three first-round (1996,1998, and 2000) picks.

Hardaway who’s the 1990s Magic Johnson, impressed the Orlando Magic so much during pre-draft workouts and interviews that the team made the Chris Webber trade on draft night instantly.

O’Neal was the one who made the deal behind the doors. And Penny, thanks to Shaq, signed the second-richest contract in pro team sports after agreeing to terms of a deal that includes a $20 million line of credit. An investment cost more than $65 million for 13 years, second behind 12-year 84$ million deal of Charlotte Hornets forward Larry Johnson.