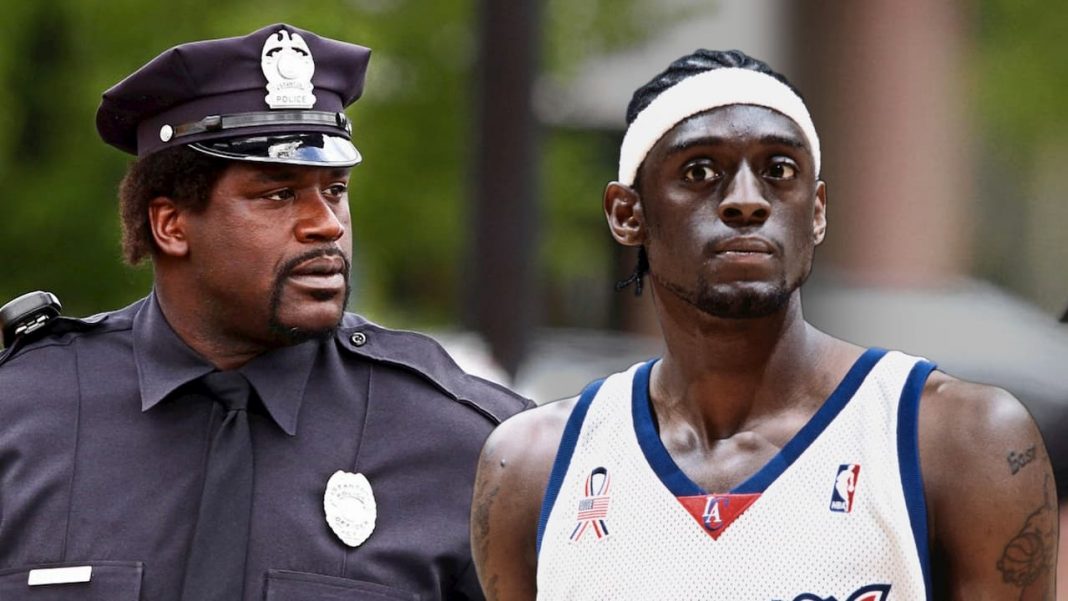 Yes, believe it or not, Shaquille O’Neal is a member of law enforcement. In 2016, he was sworn in as a sheriff’s deputy. Sixteen years prior to his plans on running for sheriff, he was an undercover cop in Los Angeles and he pulled over Clippers rookie Darius Miles on 405.

Miles was late on practice eventually. He was driving fast. However, as he saw a giant police officer in his rearview mirror, he pulled over and rolled his window down to reach his papers:

“I remember one day I was running late for practice, so I was flying down the 405. All of a sudden, I look in the rearview, and I see the flashing lights. This unmarked police truck is right up on me. Tinted windows. Big heavy-duty truck. Woop-woop. I knew I was speeding. So I pull over, and I roll the window down, and I’m reaching over into the glove compartment to get my papers …. … Then I hear this voice. Big, booming voice. “WHERE YOU G’WAN, BOY?” I’m like, Damn, they got the sergeant on me or something? I turn to look out the window, and I can’t even see this dude’s face he’s so big. All I see is his chest. “I SAID WHERE YOU G’WAN BOY?” Then he bends down and looks in the window. Big, dumbass grin on his face. It’s Shaq. I’m like, “Yo! I’m going to practice! You made me late!” He don’t miss a beat. He taps side of my truck, turns around and says, “Don’t worry about it. I’ll pay your fine. Just holler at me.” I’m looking in the rearview mirror, like, How the hell … Shaq’s got one of those old-school police lights that you put on the hood of your car like you see on C.O.P.S. He gets in, laughing his ass off, waving at me.”

Shaq is the ultimate jokester – he once hung around naked in Lakers Media Day and gave an interview – and he can come out you with methods you’ve never seen. He’s now wrestling and jostling with Charles Barkley as a basketball commentator on TNT’s Inside The NBA.

Officer O’Neal paid Miles’ ticket that day. He invited the rookie to his crib and they watched home movies on a ‘Shaq Type’ giant screen. What were the home movies about? Shaq, with his wig on and he’s doing Kung-Fu flips, flying through windows with his entourage like it’s a Hollywood made type of feature film.