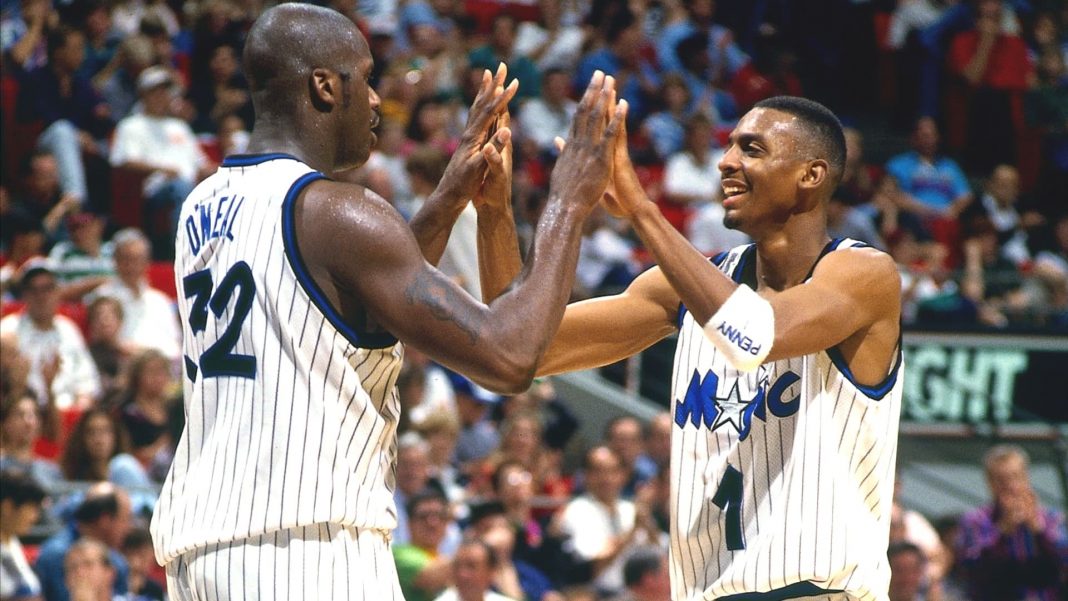 November 5, 1993: Shaq and Penny played their first NBA regular-season game together. O’Neal was ready to prove his rookie season wasn’t a mirage, shook the rim a few times with the chants, “We hate Shaq!” from the Miami Arena, ended up scoring 42 points. The Memphis State guard named Anfernee Hardaway, the 3rd pick of the 1993 draft, barely missed (12pts, 8rebs, 8asts) the triple-double. This season-opening game was a hint of how bright Orlando Magic’s future could be.

The Diesel turned the Magic franchise into a sports city in three seasons. With the help of Penny Hardaway, he led Magic into the 1995 NBA Finals. His exit in 1996 Summer was devastating for Orlando. Acquiring Penny Hardaway from Golden State during the 1993 Draft was the second best thing ever to the Magic franchise. The dynamic and enigmatic Shaq & Penny duo formed the most talented team in the NBA. Later the injuries crushed Penny’s career, and ironically they played together in Miami Heat years later from their NBA debut together in Miami.