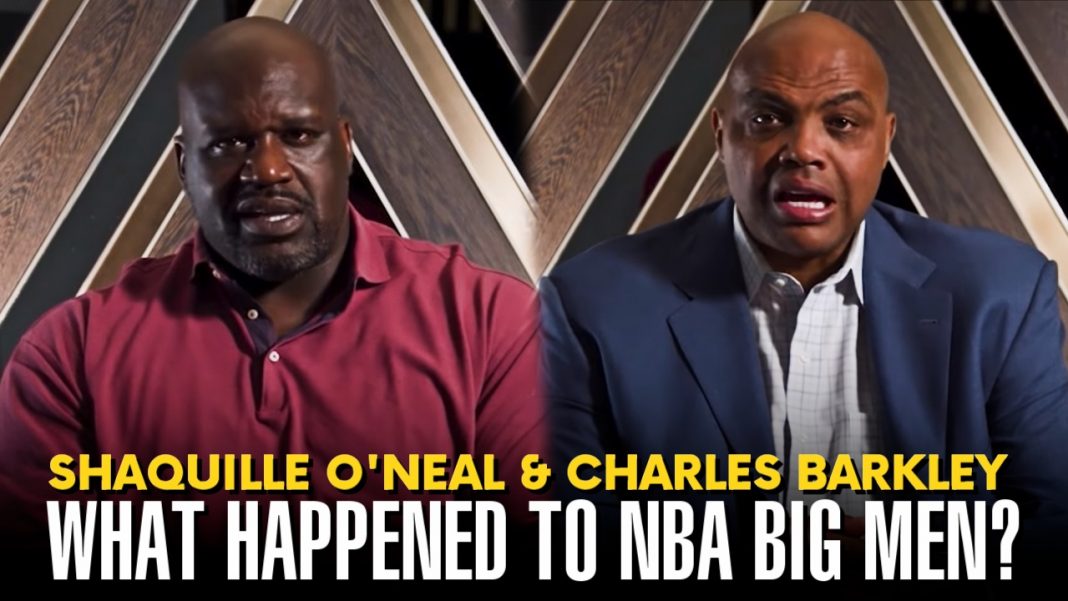 Basketball is evolving every day and each season. Especially in every ten years, we see a significant difference in how the game’s played.

Centers of today tend to stretch up the court and focus on their 3-point shooting. Whether they have a shooting touch or not. “Old man’s Game,” the post-up and beating the opponent at the paint, those days are long gone.

Back then, the question was, “Why nobody in the NBA ever tries Skyhook?” or we’d amazed by Duncan or Garnett’s mid-range game even though they were seven-footers.

Here are the thoughts and concerns of the names I’ve mentioned about “The Fall of NBA Big Men.”

Shaq dominated the NBA as one of the baddest big men in history. For two decades, he was solidifying the big man’s run as one of the greatest centers in league history. Here’s his quote:

“I’d actually love to play in this game. It’s less pyhscial. One or two guys there if they put their mind into it (Joel Embiid, Karl Anthony-Towns), they can dominate in the post. At the center position, you supposed to be the most efficient piece on the floor. Instead of shooting threes, you should dominate the post. Right now, you have unskilled guys, try to play in the post. Who, don’t like taking a contact. If a big man wants to dominate, he can dominate easily. Because teams don’t know how to play against physicality.”

Sir Charles lead field goal percentages during his playing days. Because he loved playing at the post. Here’s his quote:

“Just because Dirk Nowitzki, Kevin Durant is a 7-footer and great shooter, that doesn’t mean all you 7-foot dummies should be out there shooting jumpers. I think the NBA made a big mistake when everybody tried to model themselves after Golden State Warriors. They had the three greatest shooters who ever lived. So everybody started shooting threes. It’s stupid to play like that because you take away your size advantage. How many big guys around who’re great shooters?”

Ewing was a college basketball legend who had a hall of fame NBA career. He was so skilled at the post, and he had a mid-range game (His 15-foot jumper was a money shot). He could shoot threes if he wanted to. Here’s his quote:

“Because there’s not many that great centers. I’d be Michael Jordan of this era. It’s funny to me that more guards now post up and more bigs are shoot threes. As soon as a big like Embiid get his butt on the block and mixed it up and go to work, things can change. But that just the way game is. You have to do what you have to do to survive.”

Incredible defender, mid-range game, post-up game, Zo had it all. He was an elite, two-way player. Plus, Basketball Hall of Famer. Here’s his quote:

“You have guys who are standing out there shooting threes. They’re not really three-point shooters. It’s a lower percentage shot. And if you’re physically menacing like LeBron or Joel Embiid, why don’t you take advantage of it? Down the block, closer to the basket, it’s gonna’ force teams to double and triple-team you, which in turn, you can find an open man. I’m old school. I’m from a different era that we felt like that was one of the most effective way. But now, from analytics standpoint, people see it a lot differently.”

MacMullan also interviewed Joel Embiid, Marc Gasol, Kevin Love, and owner Mark Cuban. They’re supporting the opposite narrative. And they think that evolution is a need for basketball. Joel Embiid says the big men could do more, and he says that they’re taking it to another level. They think it is a beautiful thing to adapt and change your game. Here’s Marc Gasol’s quote about the importance of three-point shots:

“It’s important to the team. It facilitates a lot to our offense, open up lanes for our guards to drive, forces to make defense tough decisions. You have to mix it up. You cannot be one dimensional offensively. It’s definitely good tool to have.”

During 2017 Playoffs, Zaza Pachulia’s intentional foul caused Kawhi Leonard an ankle injury. Then the league rules have changed to protect the players. Their focus was on protecting the space and protecting where the players are landing after shots. Now the NBA is shielding players much at the perimeter. That’s why the three-point game is trending even more.

Wilt Chamberlain, Bill Russell, Kareem Abdul-Jabbar. Before the three-point line arrived in 1979, The Big Men dominated the game of basketball. 15 of the 16 NBA MVP awards belonged to them.

The tradition continued in the ’80s with Moses Malone, Hakeem Olajuwon, Patrick Ewing, and David Robinson. And in the ’90s with Shaquille O’Neal, who’s the last traditional center, carried the torch until his retirement in 2011. Except for Ewing, who had an incredible year in 1990, all these centers won the league MVP award.

Now the post-up game is on life support. It’s a lost art. Teams use centers ineffective. All the GMs and coaches think 1-on-1 post-up is the worst shot in basketball. Because of the one and done style, and the lack of movement. They think that shooting threes gives more opportunities for rebounds. And rebounds create opportunities for kicking out for more threes and layups.