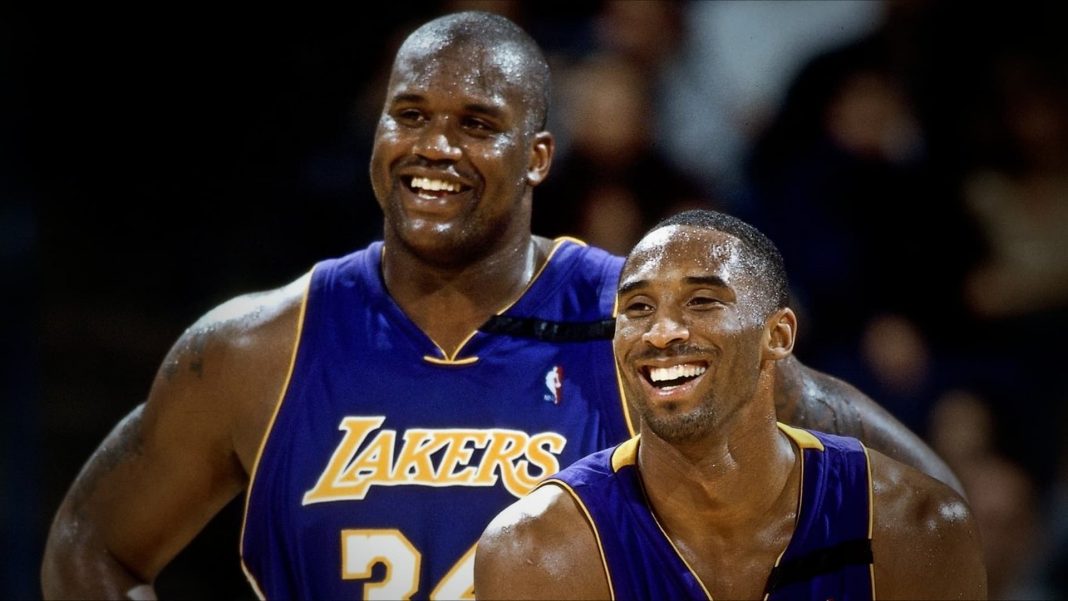 The Big Diesel, Superman, Big Aristotle, MDE (Most Dominant Ever), Wilt Chamberneezy, and the nicknames list goes on and on for Hall of Fame Center, Pop-Culture Icon, Businessman Shaquille O’Neal. Shaq will forever be known as one of the greatest centers and basketball players to ever set foot on the hardwood. Let’s celebrate Superman’s greatest moments on his 48th birthday!

With the Lakers trailing the Portland Trail Blazers by 15 points in the 4th Quarter, the League’s MVP put on a show. The Lakers outscored the Blazers 31-13 in the fourth, which was capped off by one of the most epic alley-oops. Kobe Bryant crossed up Scottie Pippen and lobs up a pass he knew only Shaq can catch and slam down with authority. Time out was called by Portland, with Shaq sprinting to the Lakers bench pointing to the crowd at his newborn son, Shareef. The play was famously called by Bob Costas of NBC Sports, “Bryant to Shaq! Back from the brink of elimination to the brink of the NBA Finals!” Shaq and the Lakers went on to defeat the Indiana Pacers in the NBA Finals, in which Shaq took Finals MVP.

Shaq is a man of many talents, basketball, break dancing, acting, and of course rapping. Shaq has been known to freestyle on team road trips, make songs with famous artists, and dropping albums. Shaq Diesel was Shaq’s debut studio album, which sold over 1 million copies, making it RIAA Platinum certified.

The Los Angeles Lakers are the last team to the 3-peat. Thanks to Shaq dominating the competition, in each of the Lakers titles runs from 2000-2002, O’Neal has taken home the Finals MVP award. The Diesel was too much for the New Jersey Nets, averaging 27.2 ppg, 10.7 rpg, and 2.0 bpg. Shaq joined Michael Jordan, as the only player to win the award 3 times consecutively.

In Shaq’s 2nd season in Miami alongside a crew of hungry veterans and the “Flash” Dwyane Wade, O’Neal and Co. secured the franchise’s first title, coming back from a 2-0 deficit. Shaq proclaimed Wade as the best sidekick he’s played with.

In one of the most heartfelt All-Star games, Shaquille O’Neal paired up with longtime teammate and Laker Legend the Late Kobe Bryant to help the West win the best pick-up game in the world. Shaq and Kobe split the All-Star Games MVP Award. Which proceeded to squash the beef between the two alpha’s.

With a 15 game winning streak on the line, Shaq gifted the Clippers a 60 piece dinner with all the Dunks! The Lakers went on to defeat the rival clippers 123-103, extending the Lakers winning streak to 16. This game solidified Shaq’s case for the 2000 regular season MVP. 61 is also O’Neal’s career-high.

Shaq is a powerful dude. He may be a gentle giant to most, but on the court, he uses brute force to dominate just about anyone and anything including backboards. Even in his rookie year, young Diesel was still one of the strongest guys in the NBA. Against the Suns, Shaq slammed down a putback dunk causing the hydraulic system in the hoop to fail, folding it and delaying the game. Against the Nets, Shaq dunked the air out of the ball, bringing the rim down, and causing the shot clock to fold over. This was almost routine for Shaq.

There are so many more memories of the Big Fella, Shaquille O’Neal. What’re some of your favorite Shaq moments?