Home NBA Shaquille O’Neal on Facing Jordan, Barkley, and Olajuwon: “I WAS TERRIFIED.” 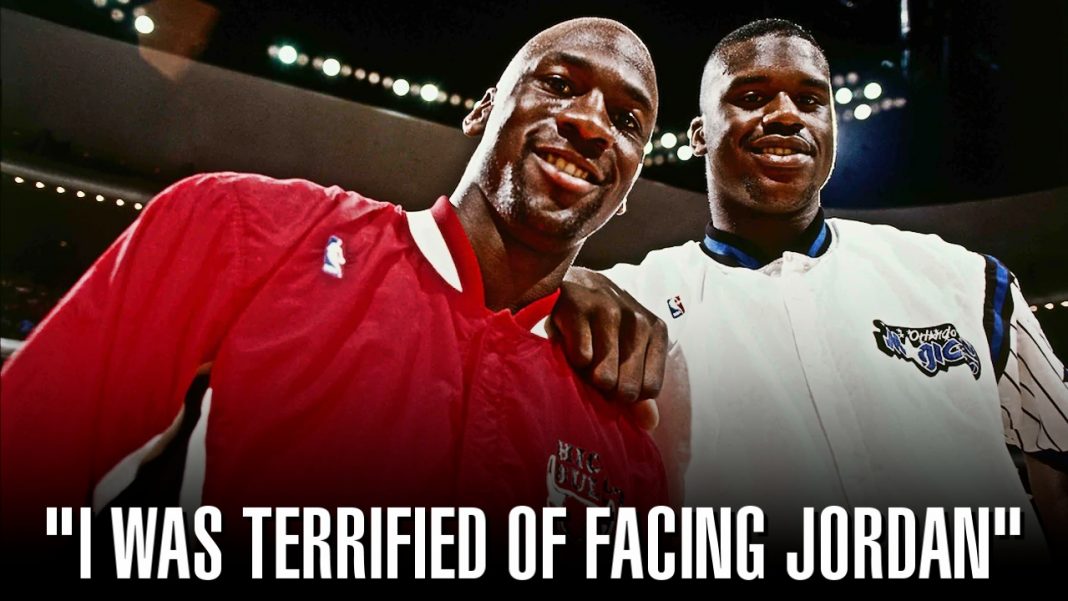 Shaquille O’Neal was an instant sensation in the NBA as a 20-year old rookie. Before talking about his fear to face those NBA Hall of Famers, I’d like to share some of his mind-blowing 1st-year achievements:

Special thanks to David Astramskas for information about “Young SHAQ.”

So he was not a regular rookie or just a newcomer. Shaq let everyone know they were second and third best. He was a force to be reckoned with during his rookie season.

In the last episode of Inside The NBA, the crew was discussing Michael Jordan‘s 64-point game against rookie Shaq. It was an individual showdown for both Michael and Shaq. One scored 64, and the other had a monster double-double, 29 points & 24 rebounds. Both had their special moment when Jordan got smacked to the head by Shaq on a baseline drive. Shaq tried to help his hero, but Jordan said, “Don’t ever help nobody up. Great foul. Don’t do that. I don’t need your help.” And Orlando Magic won the game in overtime. It was classic.

The segment continued when EJ asked Shaq about the game. Shaq told that he was terrified on the court, facing Michael Jordan. Charles Barkley asked, “Did you scared of MJ?”, “Yeah, the whole game, 1- He was the greatest player 2- I was worried about him dunking on me, 3- He was just so high,” said O’Neal.

The highlights that Shaq watched when he was in LSU, his Jordan experience were real. He was thrilled. He continued:

“Him, Barkley, Ewing, Robinson, I was terrified. Not Olajuwon because he wasn’t really mean. He was nice. Barkley was mean. And all the other guys were mean.”

It’s great to see Shaq being honest about being terrified against those legends. These are the stories that ‘enthusiastic’ basketball fans are dying to hear.