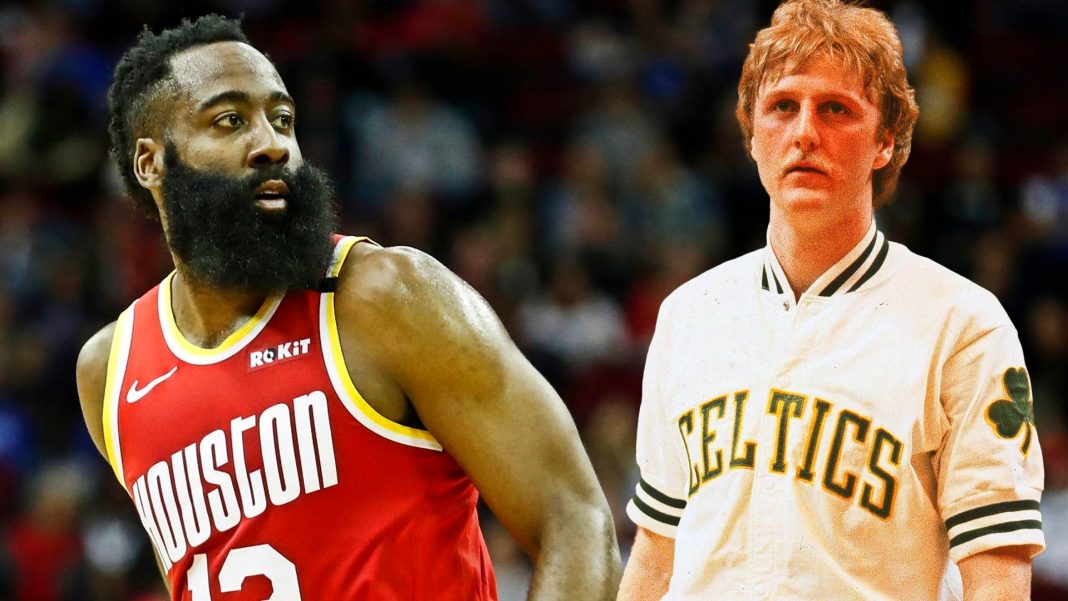 The 13-year lasting Larry Bird Era began on a 1979 October night against Houston Rockets. For 897 regular-season games and more than 164 in playoffs, Larry Legend kept doing his job through back and heel problems, through four head coaching changes, and gazillion questions about his health. His first 7-year career was better than Michael Jordan and Magic Johnson. After 1987, he fought with injuries, and his career slowed down rapidly. But the one thing we’re sure that Larry Bird would dominate today’s game, and the “Reign Man” Shawn Kemp thinks the same.

Watch the 10:45 mark. Shoutout to Inside Buzz for this great interview.

“MVP. Such unfortunate people don’t know Larry Bird to the extent, but he was a slasher when he first came into the game. He had a nice jump shot, but he had a lot of athletic ability. Bird decided to pass the ball, spot-up shooting throughout the years, playing with so many great players, but he was an athletic guy like Magic Johnson when he first came into the game. He’d be MVP today.”

Kemp continues, “He’s tougher, bigger, and stronger than the kid from Dallas [Luka Doncic.] So, 10 points add it on, 5 rebounds add it on. If Luka is going 27 a game, Larry scoring 35 a game. Larry Bird would be James Harden in today’s game.”