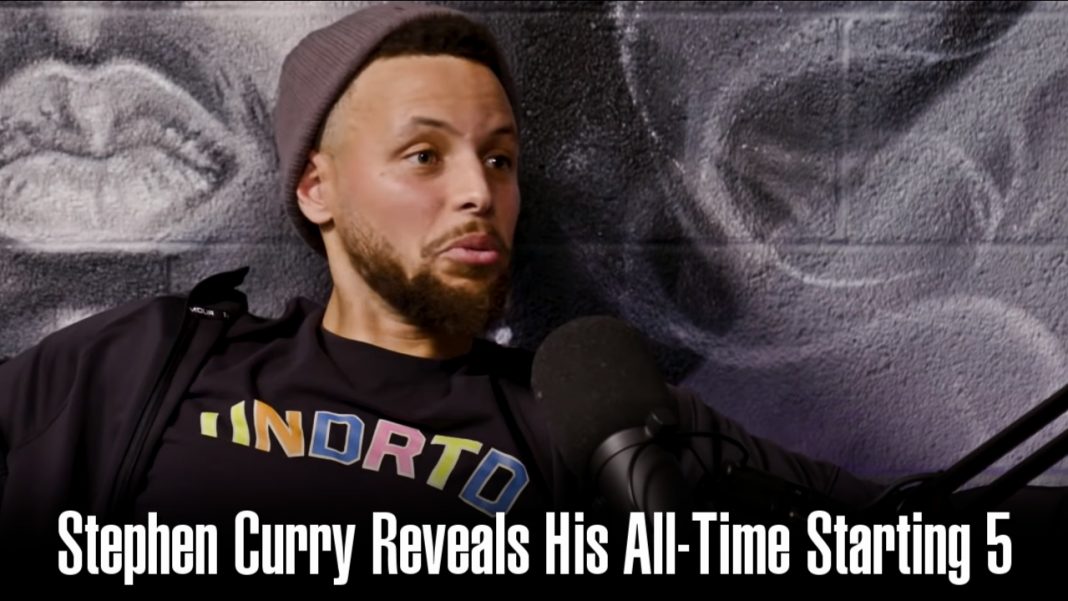 Stephen Curry joined the ex-Golden State Warriors Stephen Jackson and Matt Barnes for their very entertaining Showtime podcast All The Smoke. On the show, he revealed his all-time favorite starting five. When it comes to the most fabulous five, the picks are almost identical. However, three Golden State Warrior chatting candidly makes you watch the entire show.

He refused the put himself as the point guard and picked Magic Johnson. He also not picked his arch-nemesis LeBron James at the small forward position, who’s arguably the top 3 ever.

I recommend you watch all the episodes of All The Smoke. Matt Barnes turned out to be a great interviewer, and Stephen Jackson is always honest, he says whatever he wants. That makes the show very entertaining.

Highlights from the podcast:

Stephen Jackson: “Are you and Klay the best shooting combo ever?”
Stephen Curry: “For sure. Mark Jackson also said it when we won the first championship. I think we still got more to accomplish.”

Steph also explicitly told that he wanted to get drafted and play for New York Knicks.

Stephen Curry: “When I got drafted, it’s kinda’ funny to thinking back through. I wanted to go to New York. I thought I was going to New York. In the green room like, ‘get to the A-spot’ [From Warriors Management], I got a call from them, and they said we are going to pick you at seventh spot.”